There Might Be a Feature Length Mickey Mouse Movie In The Works, Eventually, Maybe 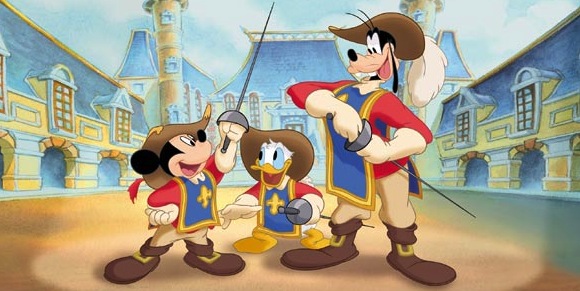 Bleeding Cool reports that, according to their interview with veteran Disney animator Burny Mattinson, folks at Disney are doing preliminary work on the first feature length Mickey Mouse movie ever.

Mattinson cut his teeth on The Lady and the Tramp; did significant work on Winnie the Pooh, and The Rescuers; and directed Mickey’s Christmas Carol and The Great Mouse Detective. Bleeding Cool’s Brendon Connelly has been interviewing him in reference to his work on the upcoming Winnie the Pooh, but he spent some time asking about upcoming projects.

I am working on just an idea of my own which is basically a Mickey, Donald, Goofy feature film idea. We have to present it first to the bosses to get the green light.

Now, any pitch to Disney has to go through a significant series of green lightings and a comparatively exhaustive period of pre-production work simply to be greenlit, so it’s unlikely that we’ll hear anything definite regarding a Mickey/Donald/Goofy feature film for a long while. But Disney has been trying to update it’s “canonical” characters for younger viewers, since most kids today are more familiar with the Mouse as a branding icon, not a character. Best (?) evidence of this is probably their recent attempts to change the image of Mickey and Minnie themselves, with Epic Mickey, and the Minnie/Forever 21 line.

Making a brand new feature film out of their main characters would seem to fit right into this category.