The FCC Wants Free Nationwide WiFi, Shockingly ISPs Do Not Want That 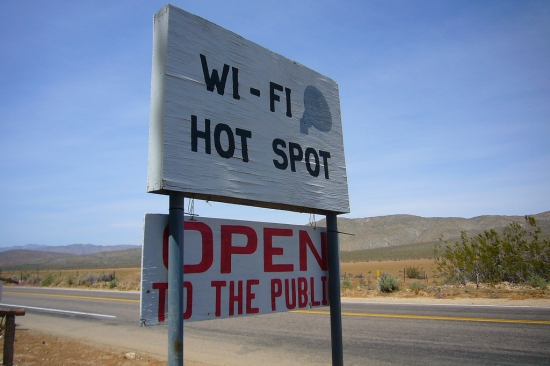 The Federal Communications Commission is said to be considering a plan that would buy back some frequencies from television stations and use those frequencies to give the country free and ubiquitous “super-WiFi.” That sounds amazing. Obviously, the companies providing non-free, non-ubiquitous “ordinary-WiFi” are pretty set against the whole thing. Thankfully, companies like Google and Microsoft want to see this happen. It’s just a matter of which giant companies bully the FCC into bending to their will.

Internet service providers and phone companies stand to lose a lot of money if people don’t have to pay them for Internet access, but companies like Google think it’s worth it. Getting more people online could lead to major innovation.

The WiFi the FCC is proposing is already itself pretty innovative. Since it would be broadcast on the same frequencies that television used to use it can reach more places than traditional WiFi, and the range at which devices can communicate would see a huge boost as well.

If this even gets approved by the FCC it would still be years away, and just how fast or reliable it would be isn’t clear. Particularly in heavily populated areas it could get clogged up with traffic easily. People may still rely on traditional Internet service for a more reliable option, but free WiFi virtually everywhere in the country would be a major step forward.

(The Washington Post via Slash Gear, image via by Â°Florian)