FCC Makes Getting Wi-Fi on Planes Simpler | The Mary Sue

FCC Makes Getting Wi-Fi on Planes Simpler, Will Likely Still Cost Way Too Much for Passengers 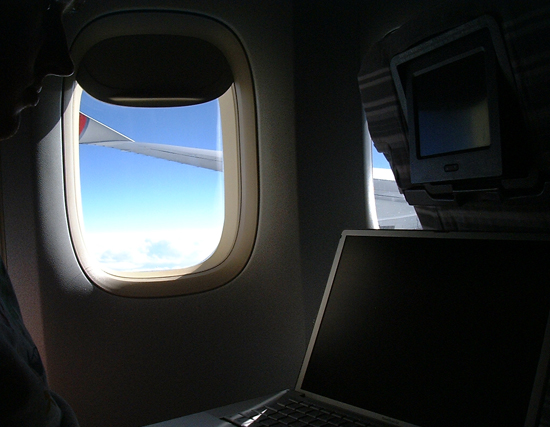 Sure, Louis C.K. wasn’t wrong when he chastised folks for complaining about in-flight Wi-Fi connections, but that doesn’t mean they’re wonderful either. Some airlines have them, others don’t, and it always seems to be a weird and different method to connect every single time you fly. Then it goes down, or it costs way too much to even bother with, but sure, it’s still a cool thing to have. Now, more airlines should start to embrace in-flight Wi-Fi thanks to updated regulations from the Federal Communications Commission. You’ll be able to complain on even more flights soon enough!

Essentially, the FCC adopted a set of rules yesterday that should help speed up the process of installing and operating what’s called Earth Stations Aboard Aircraft. In short, in-flight Wi-Fi has an actual regulatory process of being installed rather than the FCC condoning specific installations ad hoc. The idea is that this should make it both easier and simpler, since the FCC will have already licensed certain systems.

On the other hand, this doesn’t mean that in-flight Wi-Fi will necessarily be any better than it is now. Being present in more airlines than ever could mean there’s more competition, and thus provide an incentive to provide better access than competitors, or it could just end up being one of those things that’s terrible across the board. That’s not even getting into the ridiculous gouging in terms of price, but that’s not something that’s liable to change.