A Reminder That the FBI Investigation Into Brett Kavanaugh Was, by All Accounts, a Total Sham 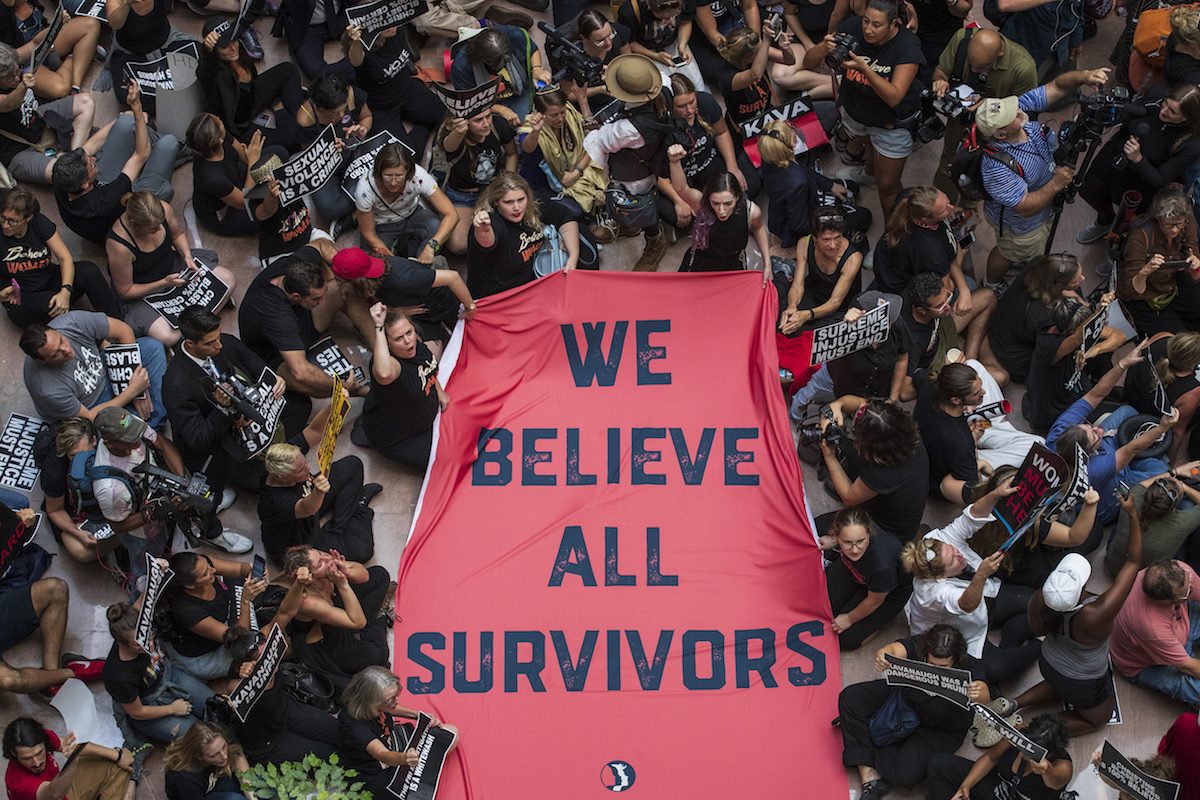 It’s been a year since the allegations of sexual assault came out against Brett Kavanaugh–a year since he shouted his way through his Congressional hearing, and a year since he was confirmed to the Supreme Court. The New York Times published an article this weekend, adapted from an upcoming book by Robin Pogrebin and Kate Kelly called The Education of Brett Kavanaugh: An Investigation. The article focuses heavily on Deborah Ramirez, who did not get as much public attention as Christine Blasey Ford and was not asked to testify during the confirmation hearing, but whose story was reported last year by Ronan Farrow and Jane Mayer–the same journalists who broke Dr. Ford’s story.

The article also gives us a window into just how poorly these women’s stories were handled at the time, both by the Senators conducting the hearing and by the FBI, which investigated the allegations.

We already knew that Dr. Ford had contacted her congresswoman as well as Dianne Feinstein, who was the ranking Democrat on the Senate Judiciary Committee overseeing Kavanaugh’s appointment, and that both of those women chose not to do anything with her story. (Feinstein did reportedly give Ford’s letter to the FBI, who added it to Kavanaugh’s file, but Ford wasn’t asked to testify until after The New Yorker’s exposé was published.)

We also already knew that the FBI failed to interview dozens of potential witnesses during their investigation into these allegations of sexual assault. But according to Pogrebin and Kelly’s reporting, many of Ramirez’s friends were actively trying to make contact with the FBI to offer testimony.

“Two F.B.I. agents interviewed Ms. Ramirez, telling her that they found her ‘credible,'” writes the NYT. “But the Republican-controlled Senate had imposed strict limits on the investigation.” They apparently had to “wait to get authorization to do anything else” beyond interviewing her, and it doesn’t sound like they got it.

Pogrebin and Kelly also detail a third instance of sexual assault allegedly committed by Kavanaugh his freshman year of college. A former classmate of Kavanaugh’s says he witnessed an act similar to the one described by Ramirez–Kavanaugh pulling down his pants and thrusting his genitals at a female student at a party.

That classmate asked to remain anonymous at the time but is now revealed to be Max Steir, who runs a nonprofit in Washington DC,. He notified senators and the FBI of what he says he witnessed. One of those senators, Democrat Christopher A. Coons of Delaware, also reported Steir’s account to the FBI (copying Feinstein and Republican Chuck Grassley on his letter), and according to The Washington Post, he wrote to the FBI Director to specifically request “appropriate follow up” with Stier. He also wrote that “’several individuals’ contacted his office who had wanted to share information with federal authorities but said they had ‘difficulty reaching anyone who will collect their information.'”

And still, nothing was done with the information.

(It’s worth noting that the Times–which, in general, does not have the best track record with their Kavanaugh coverage–added a clarification to their article after publishing, explaining that the woman in question refused to be interviewed and that “friends say she does not recall the episode.” Which is definitely worth exploring–exactly what the FBI should have done.)

When the FBI concluded its investigation into the allegations against Kavanaugh last year, I declared it “worthless” and (as expected) there were quite a few angry people assuming that I found it worthless because I didn’t see the outcome I wanted. Yes, it was infuriating to see Kavanaugh confirmed to the Supreme Court but if that had happened after a legitimate, sincere investigation, it would have been a different type of infuriating. All of this is why the investigation wasn’t just a let down, it was worthless. A sham.

The FBI failed to interview dozens of potential witnesses, or even Dr. Ford herself. They didn’t even do that much until after Farrow and Mayer made the first accusations public. They found Ramirez credible but needed authorization to do anything with the information she gave them.

And at the end of all of this, even if their investigation had been thorough, the report was still just a recommendation for the Senate, which was always going to confirm Kavanaugh no matter what. Mitch McConnell even said as much. The accusations never mattered to Republicans, who have always somehow felt justified leaning heavily on the argument that “boys will be boys” while simultaneously accusing the women of lying.

Let me point out — as a zillion other people have before me — that that was not Kavanaugh’s defense. He didn’t say, “I did stupid things as a kid I’m embarrassed of now, I’m better than that now and here’s why.” He said, “None of this happened, all of these women are liars.” https://t.co/fBnbFAVzBQ

I’m very much looking forward to reading Pogrebin and Kelly and finding out all the other ways in which Kavanaugh’s confirmation was even more depressing than we already thought.