Brett Kavanaugh: Even Worse Than We Thought | The Mary Sue

Brett Kavanaugh: Even Worse Than We Thought 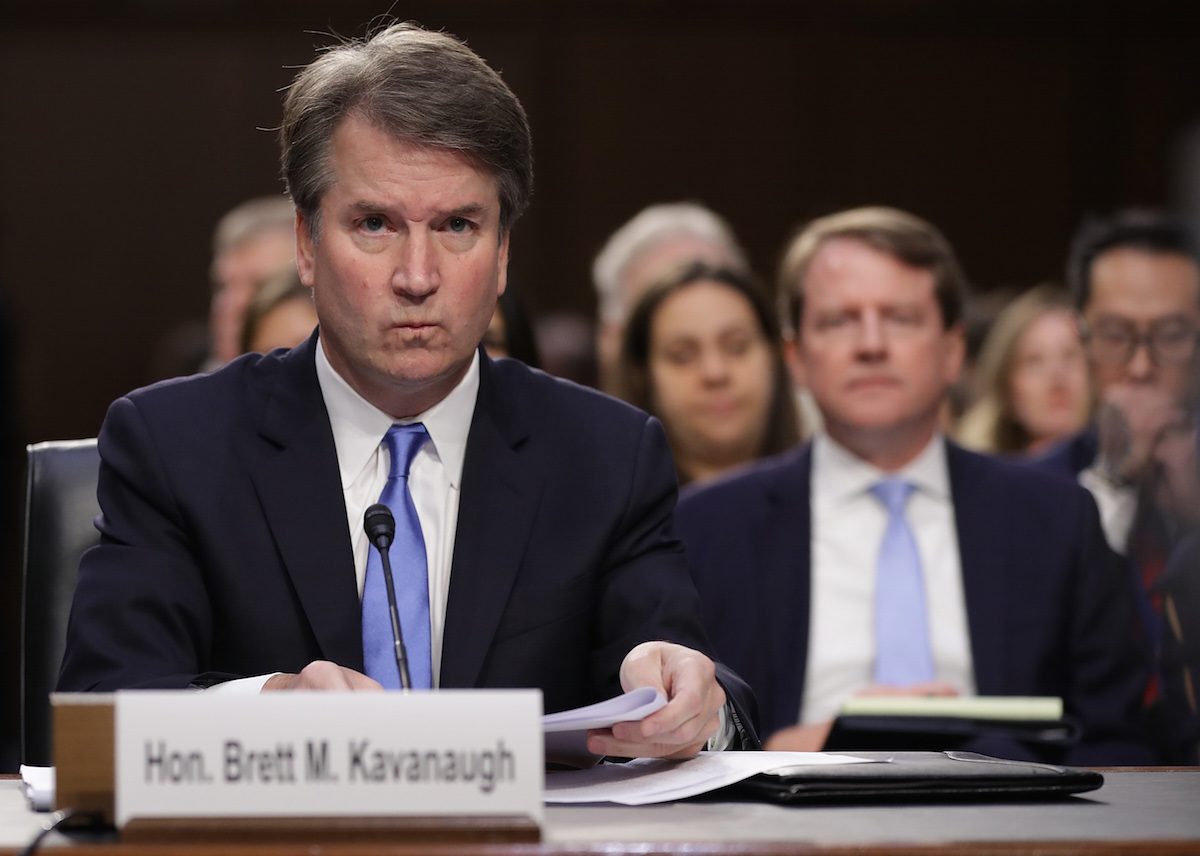 Just when you thought it was safe to go back in the internet waters comes news that noted beer enthusiast and sometimes legal trendsetter Brett Kavanaugh might be even worse a sexual predator and general jerkface than we thought. The (unsurprising) news comes thanks to a New York Times profile of Deborah Ramirez, a classmate of Kavanaugh’s at Yale, whose stories had been dismissed as uncorroborated until now.

During Kavanaugh’s confirmation hearings, much of the attention fell on the accusations of sexual assault against Kavanugh by Christine Blasey Ford. Blasey Ford was put through the wringer for choosing to stand up against Kavanaugh’s confirmation and the forces that supported him, but Ramirez’s claims were not given the same scrutiny until now. According to the New York Times:

..while we found Dr. Ford’s allegations credible during a 10-month investigation, Ms. Ramirez’s story could be more fully corroborated. During his Senate testimony, Mr. Kavanaugh said that if the incident Ms. Ramirez described had occurred, it would have been “the talk of campus.” Our reporting suggests that it was.

At least seven people, including Ms. Ramirez’s mother, heard about the Yale incident long before Mr. Kavanaugh was a federal judge. Two of those people were classmates who learned of it just days after the party occurred, suggesting that it was discussed among students at the time.

So what was “The Incident?” Something both horrifying but maybe innocuously familiar to many women:

During the winter of her freshman year, a drunken dormitory party unsettled her deeply. She and some classmates had been drinking heavily when, she says, a freshman named Brett Kavanaugh pulled down his pants and thrust his penis at her, prompting her to swat it away and inadvertently touch it. Some of the onlookers, who had been passing around a fake penis earlier in the evening, laughed.

So, not only did the collegiate jerk who would be a justice attempt to assault women (ALLEGEDLY), he thought it was fine to wave his genitals in their faces. Trump is already jumping to Kavanaugh’s defense because sexual predators stick together.We know this story will be met with the same excuses and hand waving as Blasey Ford’s accusations: Boys will be boys! He was drunk! He was in college and that’s just what happens!

None of that makes what happened to Deborah Ramirez Okay. And no excuse can erase the fact that Brett Kavanaugh was a serial sexual abuser in college who helped steal Merritt Garland’s seat on the Supreme Court. A man who had no respect for law, bodily autonomy, propriety and a woman’s right not to violated has no place possibly deciding on vital issues of reproductive freedom and justice.

Last year the Kavanaugh nomination was rammed through the Senate without a thorough examination of the allegations against him. Confirmation is not exoneration, and these newest revelations are disturbing. Like the man who appointed him, Kavanaugh should be impeached.

To come forward with a story like this takes incredible bravery. The focus of the profile is how different her experience was from Kavanaugh at Yale as a Latina woman, and that will likely make her experience now worse. Deborah Ramirez may face threats and questions of her character, but we are grateful to her for doing so. Even though it’s unlikely that this will cost Kavanaugh his career, it continues a conversation and reminds everyone that the behavior Ramirez experienced is never okay, whether from dumb frat boys or members of the highest court in the land.