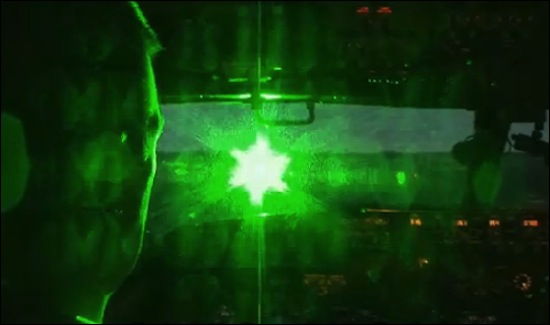 America is under attack. There’s a serious threat targeting the country’s air travel system that, if left unchecked, could lead to put hundreds, if not thousands, of citizens in jeopardy. What’s the cause of this growing problem, you ask? Little kids waving laser-pointers at airplanes. The FBI is concerned about it, so they’ve created a new task force, the Laser Strike Working Group National Initiative, devoted to study and stop people who try to blind pilots with lasers.

Technically, there has been a “Laser Strike Working Group” operating out of the FBI’s Sacremento office since 2008. Given the unrelenting uptick in blinded pilots in recent years, however, the Bureau plans to expand the group into a nationwide division of the agency.  Incidents of lasers blinding pilots mid-flight has increased by 1,100 percent since 2005. According to FBI projections, over 3,700 pilots will suffer at the hands of malicious laser-wielding by the end 2012.

Given the severity of the problem, the penalty for getting caught shooting your laser-pointer at an airplane is no laughing matter. A judge can sentence convicted laser-wielders to as much as five years in prison, and demand an $11,000 fine. Though it’s technically a step down from 20 years and $250,000 for “tampering with an aircraft”, which is what you would’ve been charged with before, the new law is clearly designed to encourage judges to actually penalize people brought in for irresponsible keychain u… I mean unlawful laser-pointing.