So many signs, so little time. 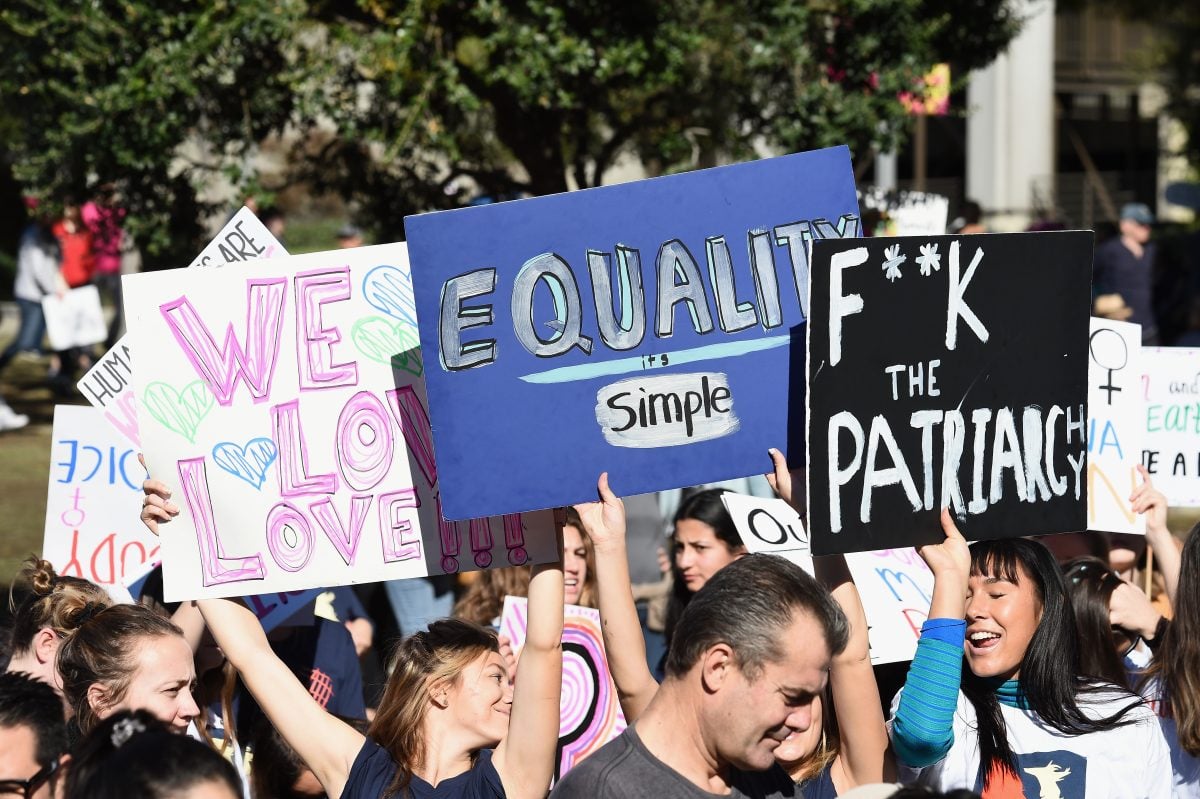 Today marks the third annual Women’s March, as women and men from across the globe come together to rally for equal rights and the rights of women. Thousands of people took to the streets to celebrate the #WomensWave, this year’s rallying cry for inclusivity and equity for all.

Recently, the Women’s March has become mired in controversy, after allegations of anti-Semitism, which caused many sponsors to abandon the march. However, many still took to the streets alongside counter-protests, and the leaders of the Women’s March assured attendees that they spoke for all women of all backgrounds.

With the Women’s March comes a whole new batch of protest signs, showcasing the creativity, humor, and heart of the marchers. Here are some of our favorite signs from today’s march.

Spotted at the #WomensMarch2019 pic.twitter.com/HniiEDeqjy

The woman holding this Carrie Fisher/Star Wars-themed sign at #WomensMarch2019 said, “I only wish she knew how much of an inspiration she was.”

I think she knew. I bet @HamillHimself could tell you. pic.twitter.com/m5gaUI7Qw2

Love all of the poster creativity, especially the one that says, “No old white guys 2020!” 😂#WomensWave #WomensMarch2019 pic.twitter.com/6HL3Dom1QK

Women’s sign power is as good as ever. I’d also hate to be the person who pissed off this many women #dc #womensmarch #womensmarch2019 #ragebecomesher pic.twitter.com/qHTT9VUr7g 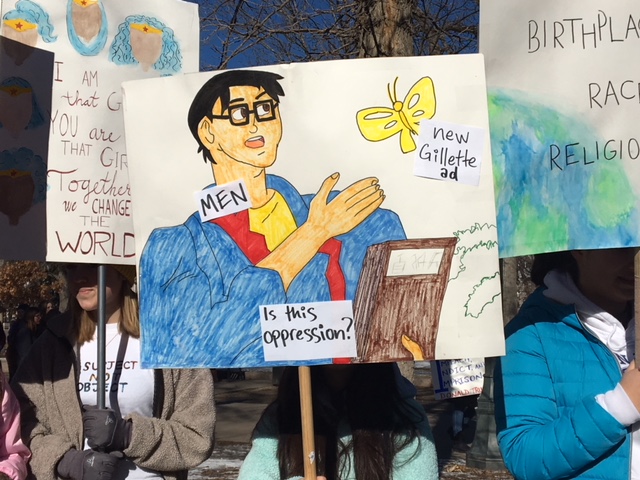 (image: our own Vivian Kane caught this at the Denver Women’s March)

#PosiPussy is out on the prowl! See you on the streets at the #WomensMarch on Market Street 😻

Amazing march today! “We want a leader not a creepy tweeter!”✊🏽🌈⚡️#Impeach45 #openthegovernment #womensmarch

Say it louder for the people in the back! #WomensWave #womensmarch #100isNOW

These women from CA flew to DC for this year’s #WomensMarch.

“We’ve marched in San Jose for the past two years, but things have gotten a bit worse since then.” pic.twitter.com/1epoJikFRj

A selection of just some of the best placards at the Women’s March in London today pic.twitter.com/aAw8ibampm

Thousands take to the streets in Washington, DC for #WomensMarch2019.

The march is in its third year and thousands of protestors are expected to gather in cities across the US. pic.twitter.com/KDXjuvZNwD

Eddi Treviso and Cynthia Rodriguez share their signs at the Phoenix #womensmarch2019
“I picked a Disney character because Disney had always been supportive of traditional roles, but recently Disney has changed,” Rodriguez said, referencing female characters like Mulan and Moana.. pic.twitter.com/9T7PurZ7Wb

It's a freezing day, but all these people braved the cold in Ottawa for gender equality! #WomensMarch2019 pic.twitter.com/sB3FAZ7xXD

went to my first women’s march today.. felt great and it was amazing to see men and women doing something that matters, would highly recommend #WomensMarch2019 ✊🏻✊🏼✊🏽✊🏾✊🏿 pic.twitter.com/uLXp8lxONr

These furry feminists warmed my (otherwise freezing) heart at the #WomensMarch2019 in #Ottawa today 🐾💗 pic.twitter.com/dcuhqgDbRo

What were your favorite protest signs from the Women’s March?