The leaders of the Women's March have an anti-Semitism problem that they refuse to acknowledge. 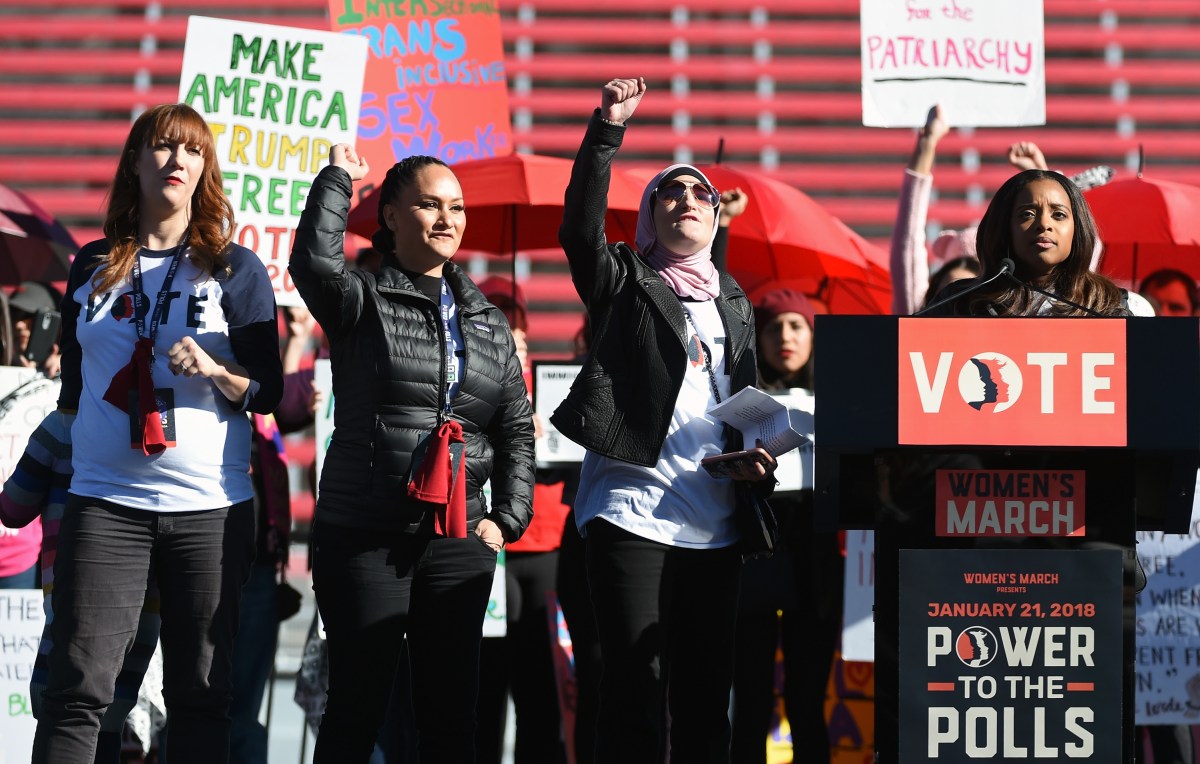 This Saturday marks the third annual Women’s March, but many major sponsors are cutting ties with the organization over accusations of anti-Semitism. The once-powerful political movement, which brought millions of women across the world into the streets to protest the inauguration of Donald Trump, has been hobbled by accusations directed at its leadership committee, which includes Carmen Perez, Linda Sarsour, Bob Bland, and Tamika Mallory.

Now, major organizations are stepping away from the Women’s March, most notably the Democratic National Committee. In a statement, DNC Deputy Communications Director Sabrina Singh told the Jewish News Syndicate, “The DNC stands in solidarity with all those fighting for women’s rights and holding the Trump administration and Republican lawmakers across the country accountable. Women are on the front lines of fighting back against this administration and are the core of our Democratic Party.”

Several other progressive groups have joined the DNC in removing their support for the march, including the Southern Poverty Law Center, The Human Rights Campaign, Greenpeace, the National Organization for Women, the NAACP, Emily’s List, and Moms Demand Action for Gun Sense, to name a few.

The controversy began when Tamika Mallory attended Louis Farrakhan’s annual Saviour’s Day in February. Farrakhan, a notorious anti-Semite, has referred to Jewish people as “termites”, and his organization, the Nation of Islam, is listed as a hate group by the Southern Poverty Law Center for “deeply racist, antisemitic and anti-LGBT rhetoric.”

In November of last year, Women’s March founder Theresa Shook wrote a Facebook post urging the leaders to resign, writing “Bob Bland, Tamika Mallory, Linda Sarsour and Carmen Perez of Women’s March, Inc. have steered the Movement away from its true course. I have waited, hoping they would right the ship. But they have not. In opposition to our Unity Principles, they have allowed anti-Semitism, anti- LBGTQIA sentiment and hateful, racist rhetoric to become a part of the platform by their refusal to separate themselves from groups that espouse these racist, hateful beliefs.”

In December, the New York Times published a story about one of the founding organizers, Vanessa Wruble, who was allegedly pushed out of the organization for being Jewish and was subjected to anti-Semitism from Mallory, Perez and Sarsour. Women’s March organizer Evvie Harmon described an incident among the women to Tablet magazine:

“I suddenly realized that Tamika and Carmen were facing Vanessa, who was sitting on a couch, and berating her—but it wasn’t about her being white. It was about her being Jewish. ‘Your people this, your people that.’ I was raised in the South and the language that was used is language that I’m very used to hearing in rural South Carolina. Just instead of against black people, against Jewish people. They even said to her ‘your people hold all the wealth.’ You could hear a pin drop. It was awful.”

The latest incident occurred just yesterday, when Mallory was a guest on The View. Co-host Meghan McCain grilled Mallory on her affiliation with Farrakhan and asked her to condemn Farrakhan’s language, which she refused to do, only repeating, “I don’t agree with many of Minister Farrakhan’s statements.”

For their part, the Women’s March has added several Jewish women to their 2019 steering committee, including Black Jewish women and trans Jewish women. But will it be enough to undo all the damage that has already been done?

While the Women’s March claims to be for all women, they cannot truly claim that title unless they unequivocally condemn any and all statements of bigotry, including anti-Semitism. This is more critical than ever, as hate crimes against Jews have risen by 37% since Trump took office. Unless their leaders can do this, they need to step down and allow more diverse and inclusive leadership to steer the ship.