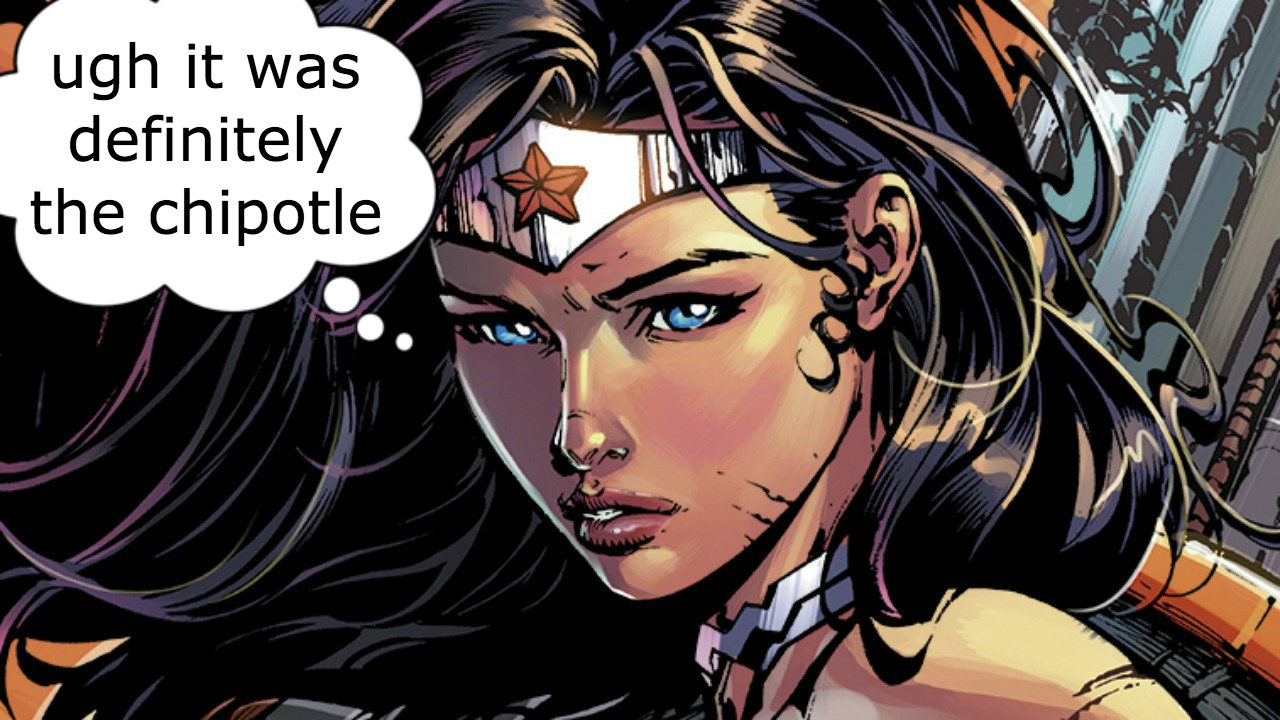 We made it through another week! Hooray!

After the announcement of Wonder Woman’s new outfit, JustPlainSomething bemoaned the fact that the Finches are still working on the book: “Yeah I think the look is cool, but as long as the creative team is the same Diana is going to have the face of a 12 year old with indigestion… and don’t even get me STARTED with the writing itself.”

And did you see the weird nipples armor on the Sand Snakes from Game of Thrones? Sanjay Merchant knows what’s up: “Eh, knowing GoT, I fully expect those nipples to stab someone to death at some point.”

After watching Pixar’s trailer for Inside Out, Lindsay Beaton figured out how Pixar came up with the idea for the film: 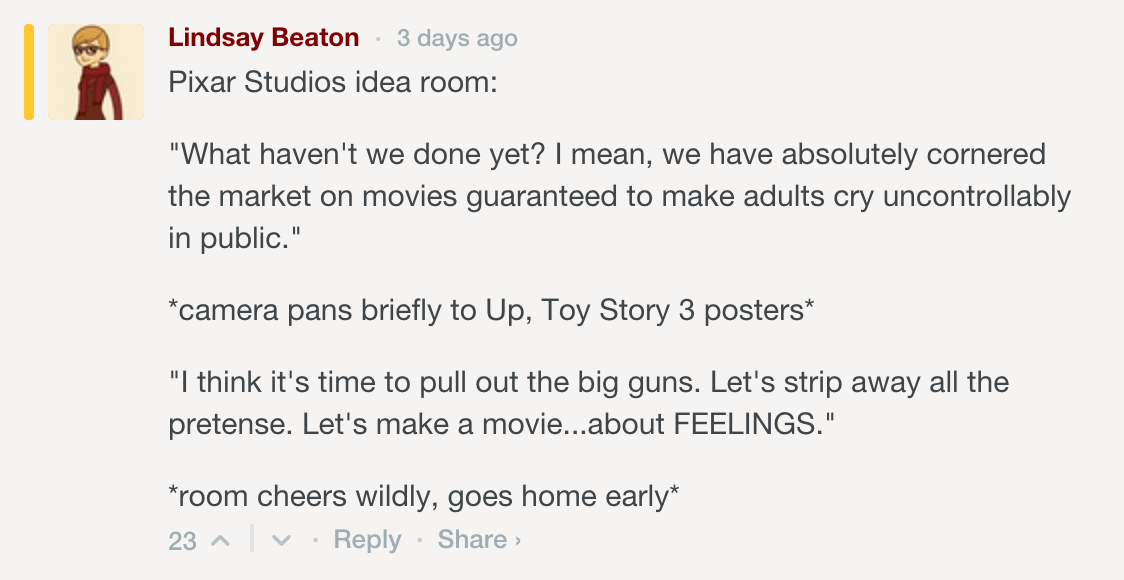 Upon the announcement of the new Dudebusters movie, Ray Burns tried to warn Sony – but it was too late:

Me: Don’t fall into the trap of trying to placate the angry men contingent of society. Stand behind the Ghostbusters who happen to be female!

Sony: I looked in the trap, Ray

Posting the entire thread here would be way too long, but there was an epic comment debate about which Harry Potter house is best this week, and we loved every second of it.

And finally, a very special shout-out to Scarlet Sasquatch this week, who somehow used some very strange magical power to actually immediately summon a troll into a thread.

Truly, if there is a counter-curse to this, we need to learn it so we can cast it over our entire website. Seriously, the troll showed up instantly. Fascinating.