Wonder Woman Has A New Uniform Involving SLEEVES And PANTS 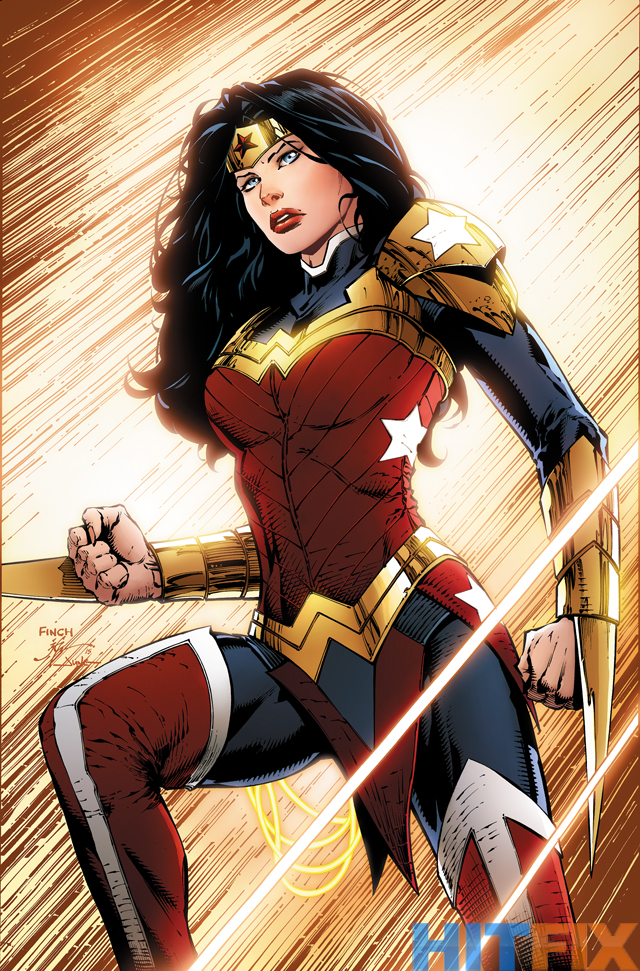 Wonder Woman has a new look, and it’s arguably her most practical one ever. Lasso me a pair of those boots, stat.

Don’t get me wrong; I dig the classic WW look, but I also question its functionality on a basic level. I can barely wear a strapless dress to a wedding without checking my boob situation once every thirty to forty-five seconds let alone fighting hard-core crime in a bustier. I don’t even want to start on the potential wedgie situation she’s constantly facing.

By fitting the tailed corset over a… turtleneck thing, this new outfit retains the traditional Wonder Woman silhouette while still making her look tough as hell and not accidentally revealing any awkward camel toe. She’s even got her lasso! I’m not sure how I feel about the arm-blades, but we can’t win ’em all.

Wonder Woman’s new outfit will appear for the first time this June in issue 41, but the downside of this otherwise-excellent redesign is that Wonder Woman will still be helmed by the same creative team of Meredith and David Finch. You know, the ones who have taken the book down an infuriatingly sexist road, including infantilizing Diana to the point where she looks like a pouty teenager and has been seen carrying a teddy bear into battle? If DC takes this new Wonder Woman look and appoints a new creative team to Wonder Woman who can use it to make a feminist, forward thinking new Wonder Woman book, then I’ll be fully on-board.

Until then, it’s pretty cool for cosplay purposes.

(via HitFix, cover by David Finch and Jonathan Glapion)