Smells Like Male Tears: TMS' Fave Comments of the Week | The Mary Sue

Smells Like Male Tears: The Mary Sue’s Fave Comments of the Week

Better than peaches, I guess? 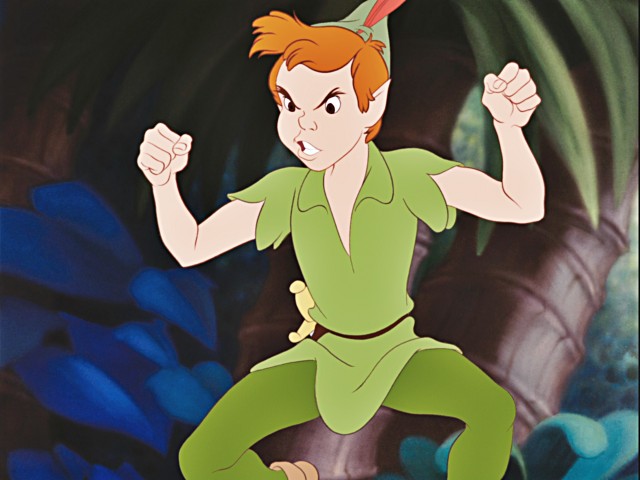 @TheMarySue Would you say that this movie is getting…PANned? (forgive me, couldn’t help it)

After an unofficial Thanksgiving hiatus, Fave Comments is back with two weeks worth of shameless punnery and rigorous nerdery! Case in point: see above.

In other Peter Puns, Janna had a perfect explanation for where the problematic tribe in Joe Wright’s movie originated from: “Having watched the trailer…I think they’re from the land of Pinterest Fails?”

Jess Collett had a serious inquiry for the TECH entrepreneurs who took credit for a female scientist’s reproductive health company and want vaginas to smell like peaches: “Is one of the smells available ‘male tears’?” 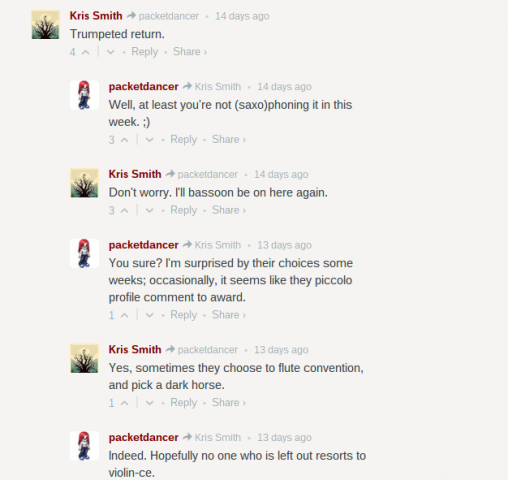 Kris made a triumphant return in our last edition of Fave Comments, but that was no excuse to debass us all with this string of puns! This isn’t meant to encore-age you guys.

Speaking of debasement, Jannelle S has some valid inquiries about some strange expenditures for The Interview movie that were revealed by the recent Sony hack: “How does one spend $241 for a “table of weed, coke, pills and panties”? is a “table” a valid unit of measurement for weed, coke, pills, or panties? How many lids to a table? How much is a “table”? Bigger than a bushel? Smaller than a nightstand? I know absolutely nothing about the price of weed or coke, and pills and panties vary, but I suspect $241 isn’t going to get you very far with any of those. Are we buying panties from Wal-Mart, or are we talking $40 pairs from Nordstrom? ” WE MAY NEVER KNOW.

Meanwhile, John W wants to know what happened to the maker who built that incredible 3d printed Stargate: “Unfortunately Cara McNab is unavailable for comment as her whereabouts are unknown. “She was standing right there in front of the thing and then she was gone…”

That’ll do, Captain Z. That’ll do.

Thanks for making the last two weeks such a treat, gang!