But yeah, there's no reason women might feel uncomfortable in STEM. 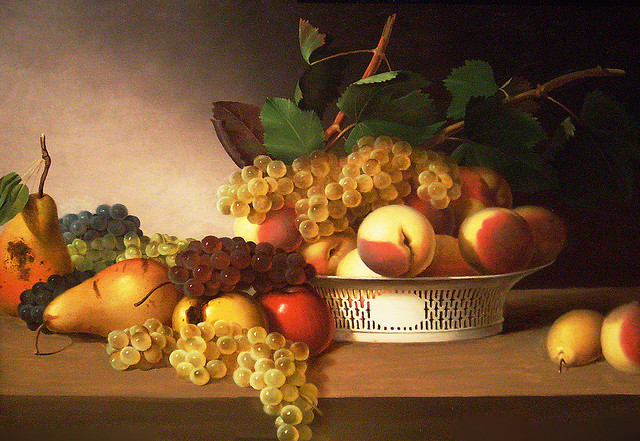 Last Wednesday marked the annual DEMO Conference, a meetup in California to celebrate “New Tech Solving Big Problems.” One of the “big problems” widely discussed at this year’s event? Vaginas and their damnable insistence on smelling like parts of the human body.

Austen Heinz, the CEO of Cambrian Genomics and part-owner of Sweet Peach Probiotics (a startup founded by 20-year-old Audrey Hutchinson) presented at the conference alongside “tech dude” Gilad Gome. At DEMO, the pair introduced “Sweet Peach,” a probiotic supplement created using DNA printing technology and apparently being crowdfunded on Tilt (Kickstarter turned the project away, because “a bunch of hipsters from New York […] don’t like supporting actual cool science,” to quote Heinz).

At the conference, the pair explained that Sweet Peach “hacks” a vagina by using DNA printing technology to replace its “natural odors” with a more mouthwatering scent. According to Heinz, “The idea is personal empowerment. All your smells are not human. They’re produced by the creatures that live on you.” Gome, who told Motherboard earlier this year that he was working on a biotech project that would allow a woman to “hack into her microbiome and make her vagina smell like roses and taste like Diet Coke,” espoused Sweet Peach as:

[…] a better idea than trying to hack the gut microbiome because it’s less complicated and more stable […] It only has one interference per month. We think it’s a fundamental human right to not only know your code and the code of the things that live on you but also to rewrite that code and personalize it.

If Gome and Heinz ‘s pitch sounds equal parts stupid and sexist to you, you’re not alone: Sweet Peach’s “ultra-feminist” founder Audrey Hutchinson agrees. As the sole creator of the company, Hutchinson has been working on the project in private in the hopes that it could one day free women from relying on doctor’s visits to monitor their reproductive health.  A distraught and “nauseated” Hutchinson explained to Inc:

I wasn’t ready to publicize my company at all, so now I have a lot of questions being asked and a lot of really terrible things being said about my company […] I don’t think women should have vaginas that smell like peaches or anything like that I’m obviously sort of appalled that it’s been misconstrued like this because it was never the point of my company […] I don’t want to apologize for [Heinz], but at the same time I want to apologize to every woman in the world who’s heard about this and wants my head on a stake.

Instead of altering vaginas’ smell, Sweet Peach will help users:

[…] take a sample of her vaginal microbiome and send it in for analysis. After determining the makeup of her microbiome—in effect, taking a census of the microorganisms that reside in her vagina—the company will supply a personalized regimen of probiotic supplements designed to promote optimal health. By making sure desirable microbes flourish in their proper balance, the supplements will help ensure that bad ones, like the ones that cause yeast infections, can’t get a toehold.

The company’s name is actually a reference to the peach’s symbolism in classic art.

Despite referring to the project in the first-person while presenting, Gome is not attached to Sweet Peach in any capacity. At no point was Hutchinson mentioned during the entire presentation. Heinz, who owns 10% of equity in the company, seems to feel no remorse for failing to credit Hutchinson and wildly misrepresenting her work:

This mischaracterization is going to be great for Sweet Peach […] Typically in the press, philosophical controversy can be useful when you’re selling a product. So it’s great for Audrey […]  Some of my investors pulled out, which sucks. The implication is that Cambrian is a sexist organization that thinks women’s vaginas smell bad. I just got off the phone with my lawyer and he said, ‘Austen, I would not invest in your company right now.’ Basically he said you look like Bill Cosby right now.

Wow! WHAT A WINNER! IS THIS DUDE SINGLE???

To recap: not only did Heinz and Gome take verbal credit for Hutchinson’s ideas in front of an elite tech audience; they chronically and perhaps fatally misrepresented her company. Where a woman saw an opportunity for women to take charge of their reproductive health, Heinz and Gome saw an opportunity to reduce women’s bodies to the Other. And then, instead of apologizing, Heinz made a rape joke.

Anyone who wonders why some women might be daunted by the boy’s club atmosphere of tech: see above.

(Via MedCity News and The Daily Dot, image via Jill Clardy on Flickr)