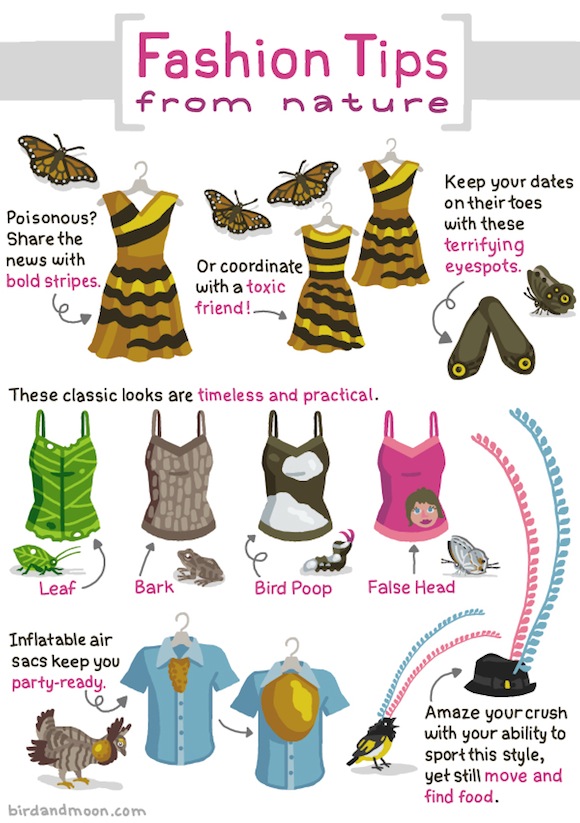 These tips must be good, if they’re all natural. Remember, as with all fashion, the key is your ability to sport the style, and yet still move and earn a living wage, with which to buy food. And a Netflix subscription. (Rosemary Mosco of Bird and Moon explains the species depicted here on her Tumblr.)

(via Bird and Moon.)