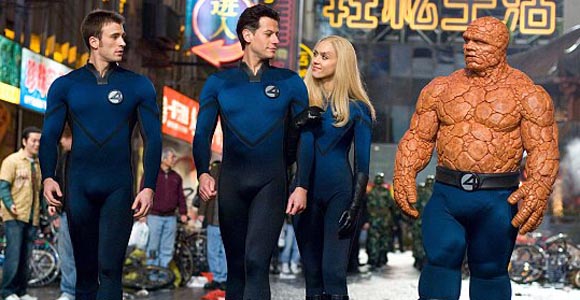 It’s been a while since we heard anything on the Fantastic Four front. Strange when you consider Fox gave it a March 6, 2015 release date, an already bloated year for genre films. Chronicle‘s Josh Trank is directing, Simon Kinberg is working on the script but no actors have been cast. Names like Allison Williams and Michael B. Jordan were floated but nothing confirmed.

Here’s the latest Variety has to offer:

Sources tell Variety that Kit Harington, Jack O’Connell and Miles Teller are in line to get test offers to read for the role of Richards while Saoirse Ronan, Kate Mara and Margot Robbie (sources now saying Robbie will not be testing) are being tested for Storm. Michael B. Jordan is the only actor currently being mentioned as a possibility to play Johnny Storm, aka the Human Torch, but that could change.

I’m not sure I actually see any of those names in those roles to be honest but they are interesting choices. Especially when you consider they’re trying to skew toward younger stars to build the franchise around again. Ronan in particular is a very popular choice lately for high-profile gigs – Star Wars: Episode VII and The Avengers sequel to name a few. Variety adds, “No names have yet been mentioned for the role of the villain or Ben Grimm, aka the Thing.”

Any thoughts on these actors or who you’d like to see play The Thing?