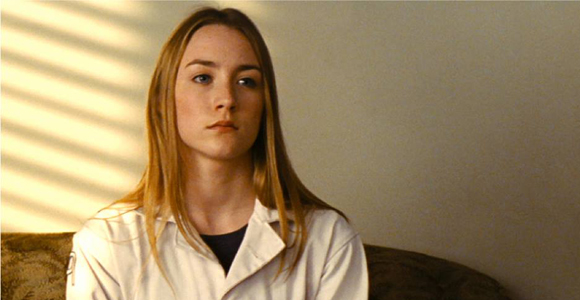 We just recently learned that yes, Saoirse Ronan did in fact audition for the new Star Wars films but now the actress has told one outlet a bit more about what went down. And it’s got us extra excited.

When Empire talked to the Ronan about Star Wars VII she not only confirmed the audition once again but gave us something else to chew on.

“Yeah, I did [audition for Star Wars Episode VII]… I don’t know whether I should have said that now! I mean, everyone did,” she told them. “Everyone has auditioned for it. So many people I know have gone in for the part I’ve gone in for, and guys who’ve gone in for a particular part, so I’d imagine J.J. [Abrams] is probably just scanning the earth to find the people that ne needs.”

If you were hoping Ronan could confirm something about the plot of the new film after having auditioned, you’ll be disappointed. However, she did reveal an interesting detail of her experience that’s making our brains turn to mush.

“Nobody has a clue what it’s about, and nobody’s read the script. So I’ve gone in and read for it, but I have to say, I think it’s the only time I’ve ever thought, ‘You know what? Even if I don’t get it, I had so much fun auditioning,” she said, “pretending to take out a lightsaber – out of a bag, kind of inspect it and not know what it is. That was… that was great. A lightsaber! Star Wars!”

Even if Ronan didn’t pick up an actual lightsaber in her audition there is the potential for her to use one if she’s cast and that’s all I need. Well, and her actually being cast, of course.