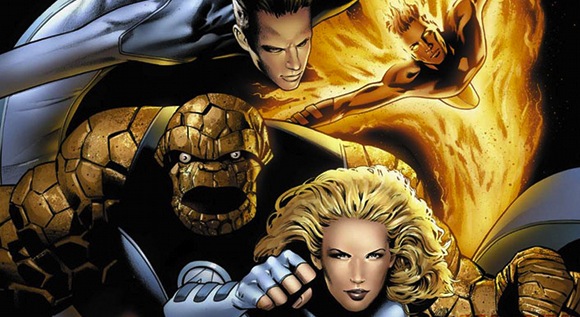 After months of hearing not much of anything about Fox’s Fantastic Four reboot—other than the fact that it exists and is being directed by Chronicle‘s Josh Trank—Fox has given the movie a release date: March 6, 2015.

Man. Between The Avengers sequel, the Justice League movie, Ant-Man, and possibly Star Wars VII, 2015 is going to be one heck of a year.

Mark Millar, who was recently brought on as a “creative consultant” for Fox’s Marvel movies, has spoken before about his desire to create a “cohesive universe” similar to what Marvel has with The Avengers. Of the Fantastic Four, he said:

“…we want to establish things first. If you had a Fantastic Four relaunch, and Wolverine and the X-Men were in it, I think it would distract you from the Fantastic Four. You can make people aware that they’re existing in the same universe without making it a big crossover movie but it would be an injustice to the Fantastic Four not to make their first movie all about them.”

That reads to me as “I want to do a Fantastic Four movie and then tie those characters in with the X-Men later on somehow.” (Yeah, because the X-Men universe needs to be more complicated.) That isn’t to say that’s what’ll happen—there are a lot of different factors and things are still in the early stages—but now that Fantastic Four appears to be moving forward, I’d imagine we’ll start to see hints of how Fox’s Marvel Universe will shape up.

Here’s what I want to know: Who’s going to play Johnny Storm in the reboot? Whoever it is, they’ll have some pretty big shoes to fill. Like Captain America’s. I know Disney and Fox have things completely separate in terms of their Marvel properties, but can we at least get a Chris Evans cameo? He doesn’t have to be dressed as Johnny Storm or Cap or anything. I would be satisfied with him just popping up in the background of a shot. Make it happen, guys.