It's now Fantastic Fore. They're just a bunch of golfers. 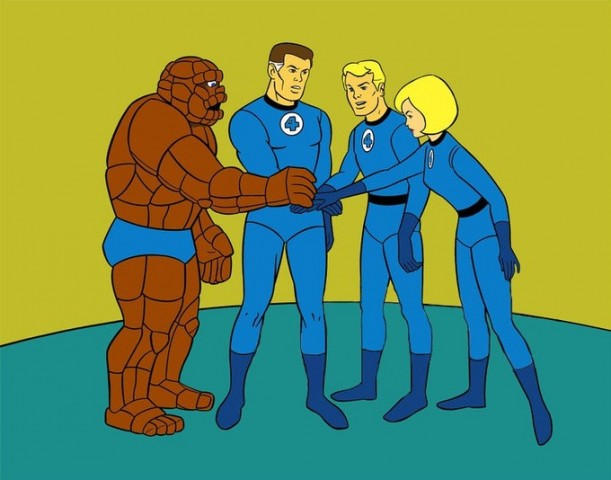 THE FANTASTIC FOUR, a contemporary re-imagining of Marvel’s original and longest-running superhero team, centers on four young outsiders who teleport to an alternate and dangerous universe, which alters their physical form in shocking ways. Their lives irrevocably upended, the team must learn to harness their daunting new abilities and work together to save Earth from a former friend turned enemy.

Comic Book Resources points out that the film’s origin story is similar to one seen in the comics, specifically the 2004 Ultimate Fantastic Four series. In addition to gaining their powers from a trip to an alternate universe (rather than radiation), some fans speculate that Josh Trank’s version of the superheroes may deviate from the comics in one major way: the team may no longer be “Marvel’s First Family.”

Although Sue and Johnny Storm will still likely be siblings in the film, some fans speculate that the synopsis’ lack of emphasis on the team’s family aspect may hint at a break from tradition with Reed Richards and Ben Grimm. Or maybe the “dysfunctional family of misfits” element of the team was such an established tradition that mentioning it in the synopsis felt redundant?

What do you guys think? Honestly, considering all the pearls that have been prematurely clutched over Trank’s reboot (and Kate Mara’s remarks that the film won’t follow its source material), this synopsis seems tame to me. Now about those found footage rumors…