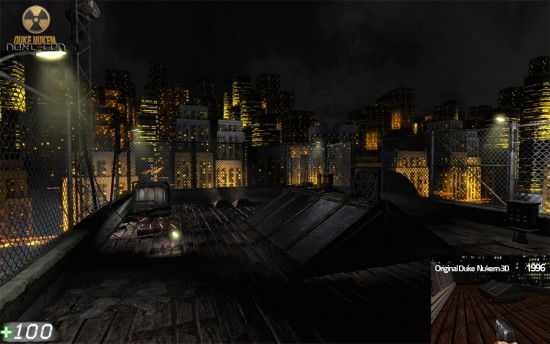 Duke Nukem: Next-Gen project lead and level designer Frederik Schreiber contacted original Duke Nukem 3D creators George Broussard and Scott Miller for their blessings, and was told the project can only move forward if Take-Two would approve. Schreiber assumed Gearbox had a better relationship with Take-Two than Broussard and Miller’s 3D Realms did, so he contacted Gearbox and got passed to vice president PJ Putnam, who was then able to get Duke Nukem: Next-Gen officially licensed.

Duke Nukem: Next-Gen will sport a three episode single player campaign, a full multiplayer component, and best of all, will be free to download. There’s no official release date as of yet, so we all must assume Duke still has a bit of bubblegum left to chew.

(via Eurogamer and Ars Technica)