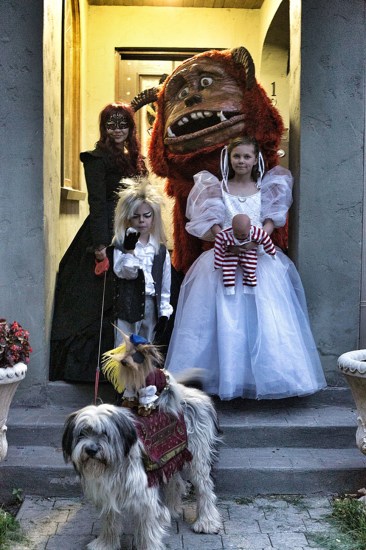 Redditor Deconstructress is responsible for this family-wide Labyrinth costuming effort, and says that, despite appearances, the idea for the whole thing was not inspired by the resemblance between the family dog and Ambrosius.