The Well-Deserved Fallout From the Arrested Development Interview Continues 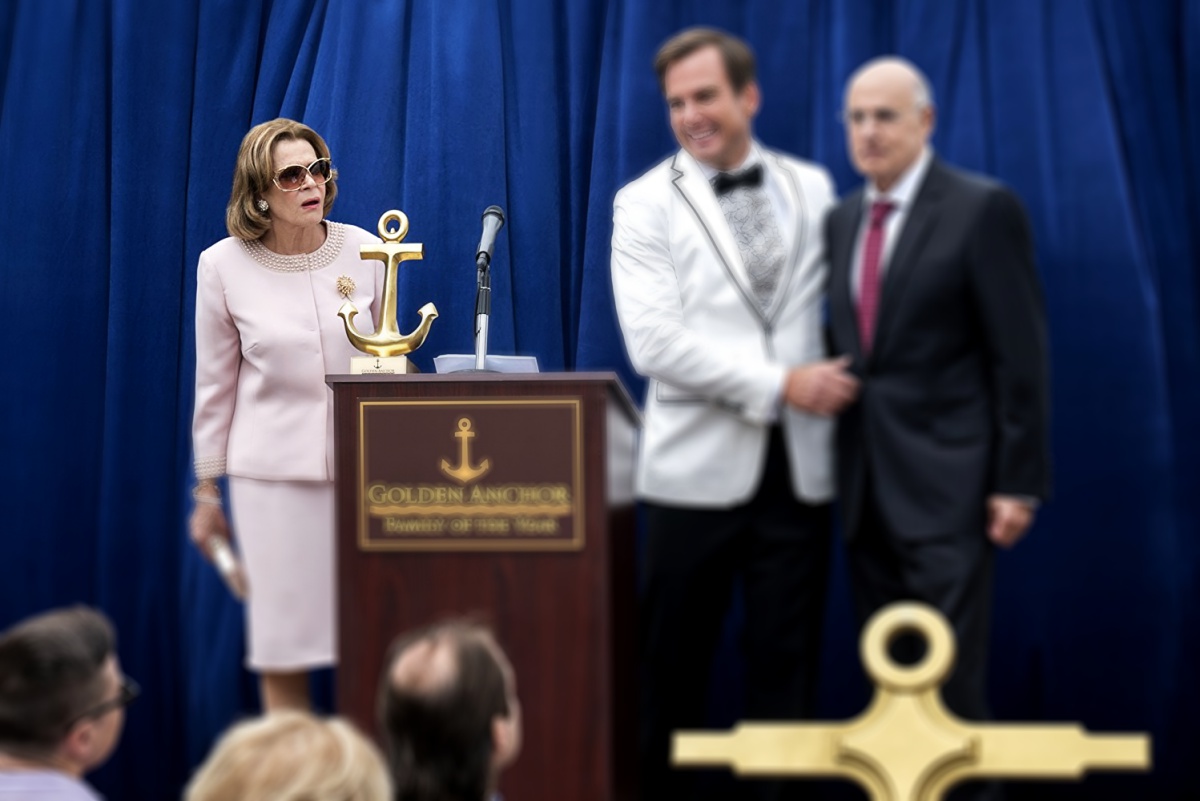 After the horrible New York Times interview that exposed pretty much all the male cast of Arrested Development (sans Michael Cera) participating in the dismissal, mansplaining, and gaslighting of Jessica Walter, the fallout has continued.

Despite Jason Bateman’s admittedly well-done apology, the issue comes from the fact that the men in the interview felt this huge desire to support and protect Jeffery Tambor—in spite of his bad behavior—that they participated in bullying Jessica Waters. How you could make a member of your “family” cry and then proceed to speak over them is beyond me. And apparently, the powers that be agreed.

In light of the interview, Netflix, according to THR, has cancelled all upcoming U.K. interviews for the fifth season of Arrested Development. No doubt because any interviewer worth their salt will focus on the Times interview and that bad press will keep snowballing until Netflix might be forced to be accountable for the behavior of another one of their stars.

“We had planned to have most of the Arrested Development cast in London this week to support the launch of the new season and meet fans,” Netflix said in a statement on Thursday. “At this time we have decided not to move ahead with promotional activity in the U.K. but hope to bring the cast back at another time.”

The apologies have also continued with both Tony Hale and David Cross apologizing to Jessica Walter.

I have reached out to Jessica personally to apologize. Arrested Development is one of my families. Regardless of my intentions, it is clear that my words, both said and unsaid, served to minimize Jessica’s pain and for that I am extremely sorry.

I have been off Twitter at the behest of my wife. I have apologized to Jessica in private (the way I prefer to conduct apologies to people). I do not have a PR firm repping me. I hope this interview I did earlier is edifying on at least a tiny level. https://t.co/gXVgmJkdfj

However, Cross’ apology also added something extra. In his apology, he links to a Gothamist interview that was conducted in the wake of everything. Within that interview, as he says that he is sorry, he decided to bring up an accusation that Jessica Walter herself has also yelled at an actress.

There’s never an excuse ever for yelling at somebody and humiliating them in front of other people. And there was no excuse when Jessica did it. To Jessica’s credit, she eventually apologized to the actress, and felt bad about it. Jeffrey did as well, but it was a bigger deal, there were more people in the room and it was an extremely uncomfortable moment.

When asked about more specifics, Cross says that it was a smaller incident concerning a stand-in for actress Portia di Rossi and that there was an “incident.” Cross then says “it didn’t have the same kind of feeling that Jeffrey’s did. Jeffrey’s took a lot of the focus. And again, I don’t condone that behavior when anybody does it. And that’s with crewmembers as well. There’s just no excuse.”

Why Cross felt the need to bring up this incident is beyond me. Actually, it’s not. It’s a deflection to ignore the larger issue by saying “well Jessica has yelled at people.” Except, he admits, in that interview it wasn’t a huge moment like what Tambor did to Walter and that she apologized for it.

Of course, since he mentioned his wife, Amber Tamblyn, who is a huge part of the #TimesUp movement, people have been looking for her for some kind of official statement, in addition to all the hardcore subtweeting she’s been doing. In response to what I’m sure was a barrage of statements about her she finally left his response on Twitter yesterday:

I spoke to Alia at length. I corresponded with Jessica. Just because I’m publicly silent on shit doesn’t mean I’m not privately handling shit. Now that you’re updated on what I do behind the scenes, Twitter, keep my fucking name out of your @. Feel me? Have a great Memorial Day.

Publically, Jessica Walter has been getting a lot of support from the fans and from former co-stars.

This is Jessica Walter. She is a national goddamned treasure. It was an honor and a privilege to work with her. I don’t give a fuck who you think you are or how good you think you are or how awesome you think your buddy/daddy is: screaming at someone isn’t “part of the business”. It’s bullshit. It’s unhinged bullshit behavior and it has NEVER been acceptable. It wasn’t cool in the 70’s or 80’s or whenthefuckever you “came up”. It was bullshit then, it is bullshit now. And excusing that kind of behavior is pathetic. Just pathetic. I worked in shitty greasy-spoon kitchens growing up: it wasn’t acceptable behavior THERE and most of us were on HEAVY DRUGS. It certainly isn’t acceptable for some man-baby millionaire to do on a cozy ass tv show set. And it is even less acceptable for his male cast-mates to excuse it away IN FRONT OF THE PERSON THAT IT HAPPENED TO….(wait for it)….WHILE SHE IS TRYING TO EXPLAIN HOW TRAUMATIZING THE EXPERIENCE WAS. What in the halfpenny fuck is happening?!

While all this is said and done, and it’s great we are galvanizing around Walter, the fact remains that Tambor is still being defended by many of his cast members for his alleged sexual misconduct against other women. Those women have also been victimized and the fact that Bateman, Cross, and others have stood at Tambor’s defense in light of those allegations has largely gone without sufficient backlash against them.