Facebook is Adding a ‘Want’ Button; Still No ‘Meh’ or ‘Dislike’ Button 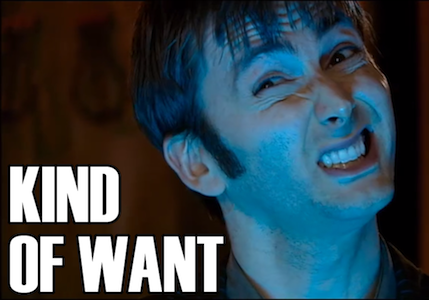 The word comes down from Forbes itself that the blue and white arbiter of many of our social lives is testing an unprecedented addition to its now ubiquitous Like.

Basically the way “Want” seems to work is like… Well guys, it’s like Pinterest. Anything you Want gets posted to your friend’s newsfeeds, just like anything you Like. But Wants will also be collected in a, uh, Collection, a list of all the things you’ve Want-ed that can be viewed by your friends, and they’ll show up as an entry on your own Wall. Each Want post will come with a link, through which any use who sees it can buy the item. Eventually Facebook has plans to roll Want out to everybody in the US. For now, they’re just testing it. From Reuters:

Some users will see the “want” button as part of the test, while others will see a button inviting them to “collect” an item or to “like” an item.

I know every change to Facebook has to be met with burning torches and sharpened pitchforks, but I’m actually not that incensed about this. As I have been told by many friends, I am incredibly, ludicrously hard to shop for, due to my habit of buying everything that I am interested in so that I can loan it to those I know who are not interested in it so that I can talk to someone about it. This means that, although my friends know I like Batman, they can under no circumstances buy me a Batman book. Yes, there are other wishlist-offering popular websites out there, but lets be real: nobody’s spending their entire day with Amazon.com open in a tab. They’re spending it with Facebook open in a tab.

As for Facebook’s motivation, any kind of connection to internet commerce is one the site is likely interested in right now. They’ve got all those new shareholders to please, and plenty of experience in cash transactions under their belt from Farmville. For the moment, Facebook is only working with seven retailers, which include Pottery Barn and Victoria’s Secret. Presumably only official retailers will be able to make posts that are “Want”able, otherwise you could probably turn the feature into something really creepy, and presumably they’ll either be paying to get considered official since Facebook has said they will not be taking a fee with individual purchases.

Now lets just get those ‘meh’ and ‘dislike’ buttons, huh?

(Reuters via The FW.)