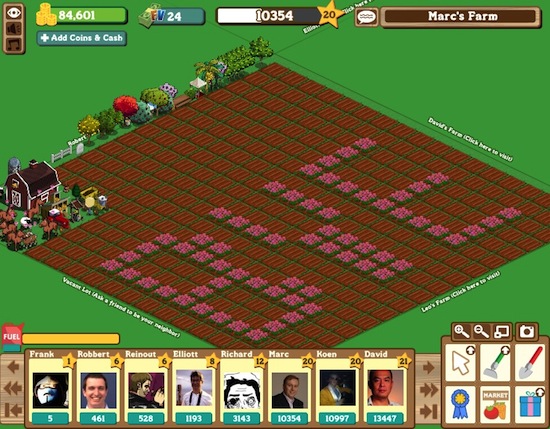 The two companies are not exactly parting ways, but Zynga will no longer be given the special treatment it has been accused of receiving by other game developers. A statement made by Facebook said, “We have streamlined our terms with Zynga so that Zynga.com’s use of Facebook Platform is governed by the same policies as the rest of the ecosystem.”

What that means is Zynga can no longer let users update their friends on Facebook when playing games through Zynga’s own game platform. It also means they won’t be required to show Facebook ads on their site.

Stock in the game developer dropped 13% after the news of its new arrangement with Facebook. That could be because Facebook users make up an estimated 80% of the revenue Zynga brings in, and without them a sharp drop in earnings can be expected. To make things worse, Mark Pincus, the founder of Zynga, said in a company email that he would be closing operations in Boston and is considering doing the same in the UK and in Japan as a cost saving measure.

This sounds like rough news for Zynga, but great news for the Facebook friends of anyone using Zynga.