Now you're only partially their dancing advertisement monkey!

Recently Facebook announced that they will be consolidating their 27 different types of advertising into less than half that amount. Luckily for those of us still using the site, this means that the “Sponsored Story” post, which makes it look like you’re recommending certain brands and products on your feed even though you really aren’t, will soon be a thing of the past. Not that Facebook cares all that much about whether it’s putting words in your mouth — they’re just sick of how much we complain about this type of ad. See, sometimes whining about our problems does actually solve them!

This is how the sponsored posts used to appear on the newsfeed, in case you hadn’t seen one in the past year or so: 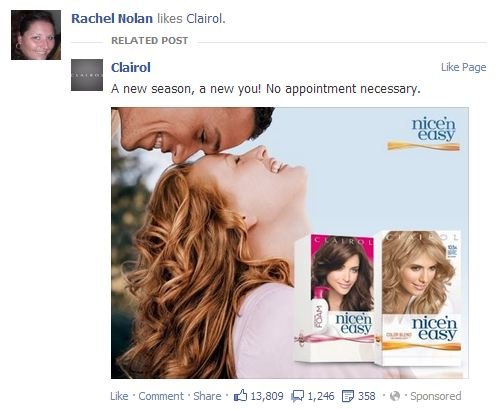 Usually the user never knew that the above advertisement is triggered when they clicked “like” on a particular page, as the ad didn’t show up on their timeline and they weren’t notified when it occurred. These ads also tended to be very effective, as a lot of users would assume that their friend was actively endorsing the brand and check it out based on that false recommendation. Naturally, this made a lot of people on the Internet very uncomfortable and/or angry, to the point where Facebook was forced to let users opt out of the program by a class action lawsuit against the company.

It’s likely that Facebook’s revenue will take a bit of a hit after sponsored stories are completely removed, given that advertisers loved them. They’ve already got a plan to replace them with something similar, of course. Sponsored content isn’t going away entirely, but at least everyone will be reasonably aware when it’s happening in the future.

Speaking of which, Tumblr should probably be taking notes right about now.