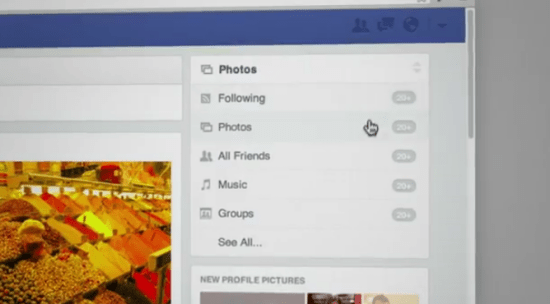 Facebook just wrapped up their event showing off the site’s new look and functionality. Here’s what you can expect from Facebook after the redesign: Bigger photos, separated news feeds, and more focus on visual content. Here’s what you can expect from your Facebook friends after the redesign: Whining. Can we all please, just this once, let a Facebook redesign go by without crying about how much better it used to be?

If you didn’t catch the event, or aren’t willing to pay attention to a Facebook redesign for longer than two and a half minutes, here’s a short video giving some of the highlights of the changes:

There will probably be things you don’t like about the redesign, but Facebook doesn’t care, and neither do your friends. Maybe you’ll hate the larger pictures, or the way all check-ins will show an attached map. Keep it to yourself.

Do you not like the way you’ll have to check separate news feeds to see updates from your friends and from pages you like? Tough. That’s the way it is now. The redesign seems like it will be a pretty significant overhaul of the way Facebook looks and operates, and it will start rolling out for web users today, with mobile updates expected sooner rather than later.

Facebook says one thing they heard from a lot of users is that the News Feed layout seemed “cluttered” so they split it up into different categories. Now instead of one long feed that combines offers from businesses you like, updates from celebrities you follow, inane political ramblings of your dad’s friends, and a constant stream of photos of your friend’s new baby, Facebook is offering separate feeds for things like pages, groups, music, and photos.

Is that better than the way it was? That doesn’t matter, because it’s happening.