You Can Now Announce Your Pregnancy on Facebook. If You Really Want To. 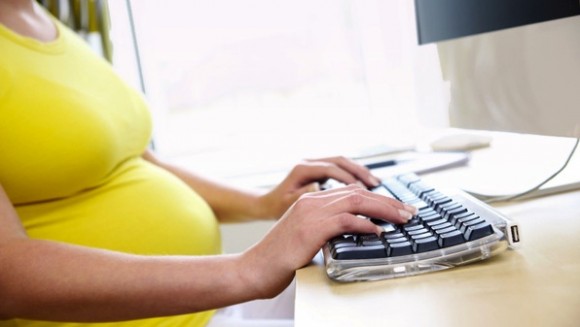 Back in ye olden tymes of 2008 when I was deciding to make the transition from MySpace to Facebook, the biggest selling point turned out to be the optional relationship status. On the ‘Space, it was mandatory, so you had to proclaim your singlehood, then have “the talk” with your new significant other about changing your status to “In a Relationship.” And then when that tanked, you had to crawl back to the computer, and humbly make the change back after noticing that the person who just dumped you is now “In a Relationship” with someone else. But Facebook let you avoid that! You didn’t have to say a thing! And that was great! But still, some people really feel the need to keep everyone posted on how their relationships are going. And now, those relationships include those with a woman’s fetus. Um, thank you?

Oh, yes: Now you, too, can announce the goings-on of your uterus or the uterus you love by adding “Expecting: Child” to your list of family members and friends. (Unless you are expecting an alien, dinosaur, or mythical fairy zygote. Those are not currently options.) And now, in addition to all those wonderful, darling fetus updates, there is an official recognition on Facebook for feti!

Apparently, what was happening was that people were creating new profiles for their fetus and then maintaining those profiles once the babies were born. And that violates the Facebook rule that only those over the age of 13 can have a profile. (Because babies can’t type! Silly babies.) So instead, this option was created to allow expectant parents (both mothers and fathers) have the legitimization they so deeply desire. In this culture of massive oversharing, this isn’t a surprising addition to Facebook, but it is a potentially awkward one.

At the risk of sounding like a Debbie Downer, let me harken back to the relationship status thing. The moral of that story was that it didn’t work out. And as sad as the thought is, it’s something that’s happened to a lot of expectant parents. And a pregnancy that doesn’t work out is much sadder than a relationship that doesn’t work out. The risk of a situation involving possibly hundreds of “friends” knowing details that turned out to be too tragic or personal to share is very great. Having a child is a very exciting thing to happen, but when there’s someone’s health at stake, it’s probably better to be extremely cautious and/or patient before making such an announcement on Facebook.

But as always, it’s an option. You don’t have to choose it at all. At least we can thank Facebook for that.

(Digital Life on TODAY via The Frisky)