The Facebook “Gamer” Report Button Is Real, But It’s Not What You Think

Unless you think it's about fake Farmville accounts. Then you nailed it.

Pretty funny that one of the explanations you can give FB for reporting someone is simply “gamer.” pic.twitter.com/tjZrBVdmvP

Well, technically it’s real, but it’s not some kind of dystopian crackdown on people who play video games participating in society. Images floating around of an option to report accounts for being “gamers” haven’t been doctored, but don’t take them out of context.

It’s likely the inclusion on a complaint list right underneath harassment that is causing some people to have a knee-jerk reaction to the term “gamer,” but this option has actually existed on Facebook for a while with legitimate reason. The option only exists after you’ve already begun a report for an account that is not actually a real person. 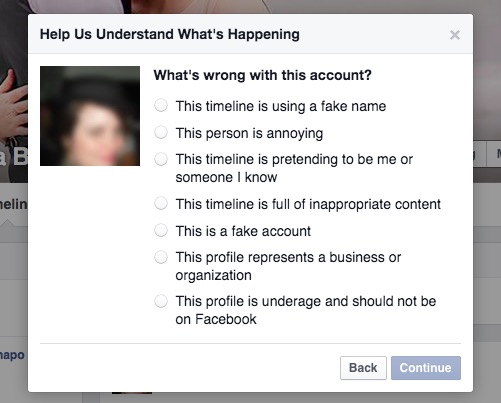 If you choose, “This is a fake account,” that’s when the following dialogue pops up: 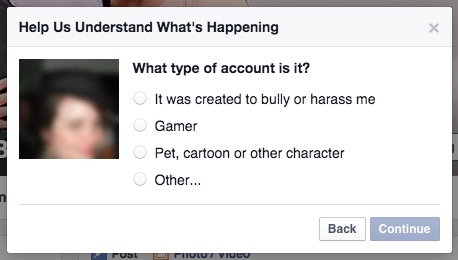 Can’t wait to explain why I reported my wife’s Facebook when she gets home.

The “gamer” option is for fake accounts that have been created for the sole purpose of playing Facebook games and using multiple accounts for in-game bonuses. It’s been there for a long time, and it’s not an across-the-board discriminatory action towards gamers.

you can report someone for being a fake gamer girl on facebook pic.twitter.com/zCoi3hUUpY — Wrong Opinion Guy (@gewqk) March 17, 2014

With tensions running so high surrounding the word gamer, it might just be better if Facebook found a word to better explain the option so people don’t get so confused.