What Do You Do When You’re A 113 Year Old Woman Looking To Facebook? Lie About Your Age, Of Course! 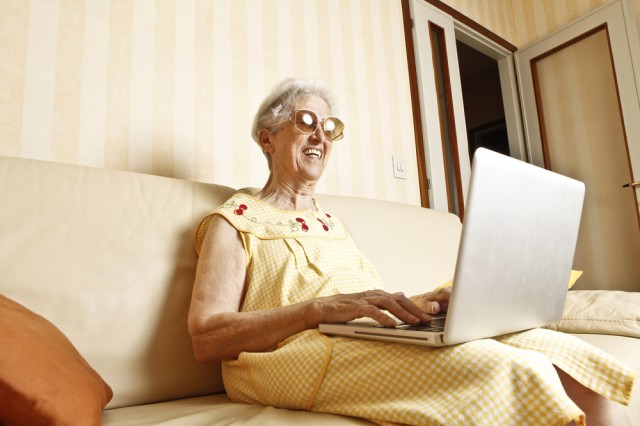 You’d think after you hit the century mark ladies could stop lying about their age to get ahead. Not if you want to get on Facebook, apparently.

Just before her 114th birthday, Anna Stoehr decided it was finally time to set up a social network for herself on Facebook. Kare 11 in Minnesota spoke with the oldest woman in the state about going online. It’s thanks, in part, to her friendship with Verizon sales rep Joseph Ramireza.

The relationship between Joseph and Anna began back in August, when Anna’s son Harlan Stoehr purchased his first smart phone from Joseph, an employee at St. Francis Wireless Zone.

“I just sold him the iPhone and he was talking about his mother and I realized Harlan was 85-years-young and I was just astounded,” recalled Joseph.

The obvious next question followed. “How old is your mother?”

Their friendship bloomed from there, with Ramireza traveling to teach Stoehr how to FaceTime and Google. “On one visit Joseph typed ‘Susan B. Anthony’ into the search engine. He laughs when he remembers Anna’s response. ‘It started talking about Susan B. Anthony and she said to me, ‘I could have told you that.””

But they hit a hiccup with Facebook, which wouldn’t recognize Stoehr’s 1900 birth year. Apparently they think only people under the age of 100 would want to use the service. That’s when they fibbed and entered 99. But that wasn’t the end of this story. Stoehr decided to dictate a letter to Mark Zuckerberg. But not through Facebook… Ramireza did it the old-fashioned way—on a typewriter.