How Cool Was it Seeing Ezra Miller on Crisis on Infinite Earths?

Double the Flash, double the fun! 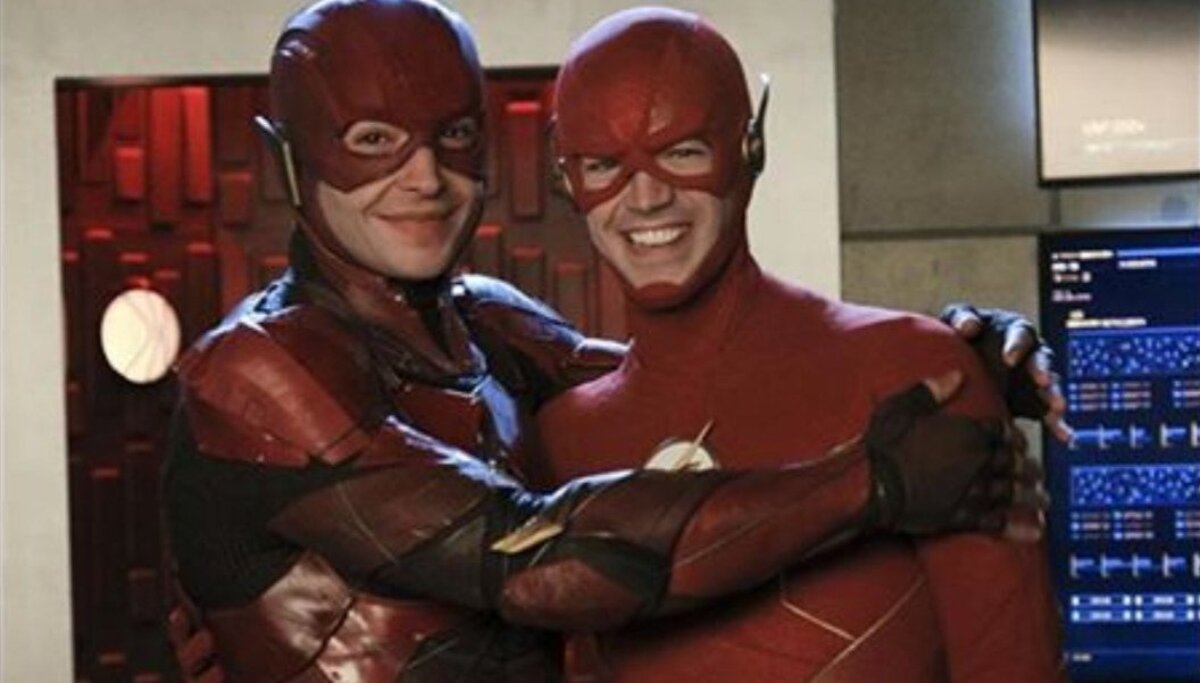 Well, that certainly was a Flash-y cameo! In a moment that had me – and probably every nerd out there – screaming in glee, the DC Movie Universe’s Flash, Ezra Miller, met his television doppelganger played by Grant Gustin in the speedforce in the conclusion to the epic Crisis on Infinite Earths crossover event, assuring that every corner of the DC universe was represented.

We started out the event last fall with many delightful cameos and guest spots and nods, including actors from older DC movies, like Robert Whul of the Tim Burton Batman and Brandon Routh reprising his role as Superman from Superman Returns, but no one really expected anyone from the current big DC movies to show up…but somehow, the folks at DC films and television made it happen. And it was great.

How about that? Ezra is one of a kind. So glad we could make this happen and keep it a secret until today. Thank you to @dccomics.

Our Barry Allen met the other Barry Allen as he was searching for his friends and allies in the Speedforce, a place he didn’t expect to meet an alternate version of himself, given that the multiverse at that point had been completely destroyed. But the speedforce is a mysterious thing, and it connects many Flashes across many universes so…sure, it tracks that Barry would meet Barry here.

The meeting was delightful. The two Barrys were both perfectly themselves, one assuming this was a cosplay thing, the other being concerned over how this was possible before, and both of them geeking out over the others suits. It was such a fun scene and a good reminder that Miller has always been fun as the big-screen Barry.

It was so cool to finally link the small screen Arrowverse to the big screen DCEU and cement the idea that every DC thing we’ve ever seen on TV or movies is just another part of the multiverse. We also saw some Green Lanterns at the end of the event, along with Star Girl and the Doom Patrol (!!), and it was all so much fun. And we haven’t even mentioned that BEEBO was there too?

I’m doing a few interviews tomorrow and I’m sure the subject of Ezra’s appearance will come up, but what you need to know right now is that gentleman and scholar, @JimLee, was instrumental in making this moment happen. 🙏 #CrisisOnInfiniteEarths

It is amazing that this didn’t leak, given how big it was. I’m sure there was a thought of announcing it beforehand, but I’m so glad it was kept as a secret. It was such a fun moment to watch live and a great reminder that the solo Flash movie is still supposed to be happening and could actually be great…and heck, maybe Grant Gustin can make a cameo in that one and bring things full circle.