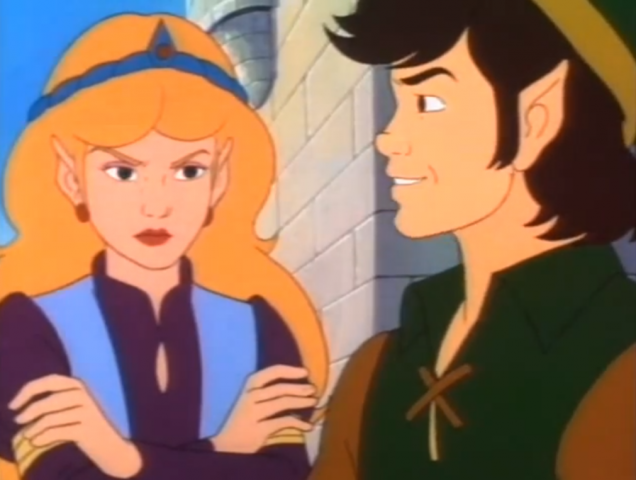 With the recent revelation that there wouldn’t be a female playable character in The Legend of Zelda: Breath of the Wild, I got to thinking: how many “brand new game innovations” are we going to see incorporated into the Legend of Zelda games before we see a female playable character? After chugging enough coffee to see through time, I return to you now with a vision of the future and one massive caffeine headache. Here’s…

Fresh Baked Cupcakes
Breath of the Wild introduced a “cooking” element to the Zelda games, allowing you to cook your food to give it additional beneficial effects. This proved to be such a popular addition that Nintendo offers a premium limited edition of the game that includes a Zelda-themed Easy Bake Oven so you can make your own freshly baked cupcakes at home while you play.

Of course by Zelda-themed, Nintendo actually means Link-themed, because if Zelda cooked all the cupcakes, what would be left for Link to do?

A Puppy
Legend of Zelda: Twilight Princess allowed Link to turn into a wolf, because a boy turning into a wolf is more realistic than a princess who can evade getting captured over and over and over again. Realizing that the true success of Twilight Princess was in the popularity of Link’s wolf form (and not anything else at all, nope), Nintendo starts shipping wolf puppies with the game’s anniversary re-release.

Only male wolves, though. Because who would ever believe that female wolves exist? Sorry, Shakira.

A New Game That’s Basically Link’s Awakening All Over Again
Amidst a pretty significant dry spell in the future, Nintendo aches for something new to revolutionize their Legend of Zelda franchise. After laughing off one executive’s suggestion to add a female playable character, they decide to go back and basically re-release Link’s Awakening with a brand new title.

After that game flops, analysts find themselves still mystified about what they can do to breathe life into their once-beloved franchise. The executive who suggested adding female playable characters is fired.

A Super Mario Bros. Crossover
To celebrate the anniversary of the first Super Mario Bros. game, Nintendo releases an official crossover with Legend of Zelda which basically features all of them sitting around in a house wondering why no women showed up to their party.

An Apology for the Legend of Zelda Cartoon
Still waiting on this one, Nintendo.