Wait, What: No Female Hero in Zelda: Breath of the Wild | The Mary Sue

Explanation for Lack of Female Hero in Zelda: Breath of the Wild Doesn’t Add Up 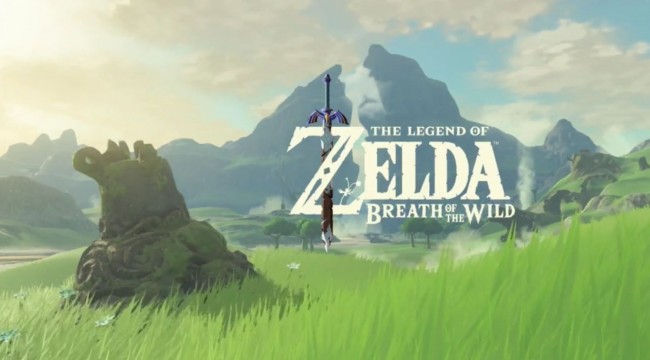 Earlier today saw the premiere of a beautiful new trailer of Ninendo’s latest offering in the Zelda franchise: The Legend of Zelda: Breath of the Wild. Unfortunately, along with that news, came a reveal that there wouldn’t be a female Link in this iteration of the game. That’s perhaps unsurprising for those of you who have followed Zelda (or even video games in general for that matter) for some time. What is surprising, however, was the reasoning they used to justify why there wouldn’t be a female Link this time around.

The implication here is that the creative team worried more about Link’s story and identity rather than Zelda’s. It boiled down to a question that sounds a lot like, “But what about the man,” the inverse of which (“But what about the woman”) is a question that women have long since wondered to themselves. Even then, this reasoning doesn’t exclude the idea of a female version of the Hero, or Link. It might exclude the idea of Princess Zelda as a protagonist (disappointing), but how does this prevent them from creating a new character to play the hero?

The statement about “the idea of the balance of the Triforce” doesn’t make a whole lot of sense, either, and it’s hard to gather why that would also be a factor in why they didn’t include a female Link. But this adherence to this line of reasoning, this unwillingness to try to find a creative solution in a world that you are essentially building from the ground up feels more than a little lazy, I have to say. The reason just feels arbitrary, rather than thought-out or even considered.

During today’s Nintendo Treehouse E3 Live event, much was said about defying past Zelda norms and tropes. If you ask me, one great way of actually defying those norms would be to add a female hero. Some might point to Linkle as an example of this; she’s a female character who appears to be inspired by Link, and she’s one of the playable fighters in Hyrule Warriors, which is not technically a Nintendo game but does feature Zelda characters. However, it seems like we’re a long way off from seeing a character like Linkle fronting her own Zelda game at Nintendo.

Considering most Zelda stories are non-gender-specific anyway (and given Link’s often much-parodied androgynous appearance), how much effort would it really take to build a female hero, someone that isn’t just head-canonically female but actually female?

Ultimately, it’s up to Nintendo to tell whatever story they like. It is, after all, their intellectual property. But in a world where it’s becoming more and more important (and, in a very capitalist sense, marketable) to display proper representation, then this reasoning feels specious at best. It’s disappointing to see some obviously creative minds somehow fail to come up with a creative solution to a real problem. We can ask for better, can’t we?