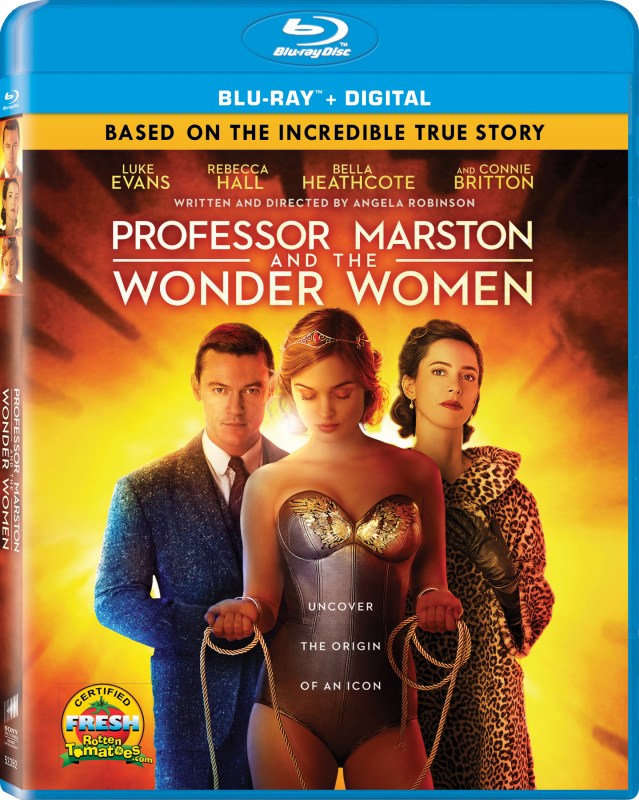 Professor Marston and the Wonder Women is being released on Blu-ray, so if you missed the theatrical release, you’ll soon be able to see this amazing film in the comfort of your own, well, anywhere. To celebrate, Sony Home Entertainment has provided us with an exclusive clip from Angela Robinson’s beautiful and thought-provoking film.

In the above clip, which is a deleted scene from the final film called “Love Leaders,” we see William Moulton Marston (Luke Evans) teaching his psychology class at Harvard as he tries to explain to his class of young women that women are naturally more nurturing and loving, whereas men are naturally more destructive. You can see some of the problem right there, right?

Yet, at the time, acknowledging women as even having a strength in this way, and asserting the fact that women should be in charge of society was really progressive, and this thinking at the time is the crucible in which the now-iconic Wonder Woman was forged. The film itself both praises and interrogates Marston on this, and provides a nuanced look at what his relationship with his wife Elizabeth (Rebecca Hall) and their lover, Olive (Bella Heathcote) might have looked like.

The Blu-ray release of Professor Marston features revealing bonus material including deleted scenes, two behind-the-scenes featurettes, and a special motion comic revealing “The Surprising Secret Identity Of Charles Moulton”, the real psychologist and inventor of the lie detector and Wonder Woman. Learn more about writer/director, Angela Robinson’s exhaustive and passionate research into this story and its characters in “A Crucial Point of View: Directing – Professor Marston And The Wonder Women.” In “A Dynamic Trio: Birth of a Feminist Icon,” stars Luke Evans, Rebecca Hall, and Bella Heathcote reveal how the loving, yet alternative relationship between their characters informed their performances.

Professor Marston and the Wonder Women will be available on Blu-ray, Digital, and DVD on January 30th.