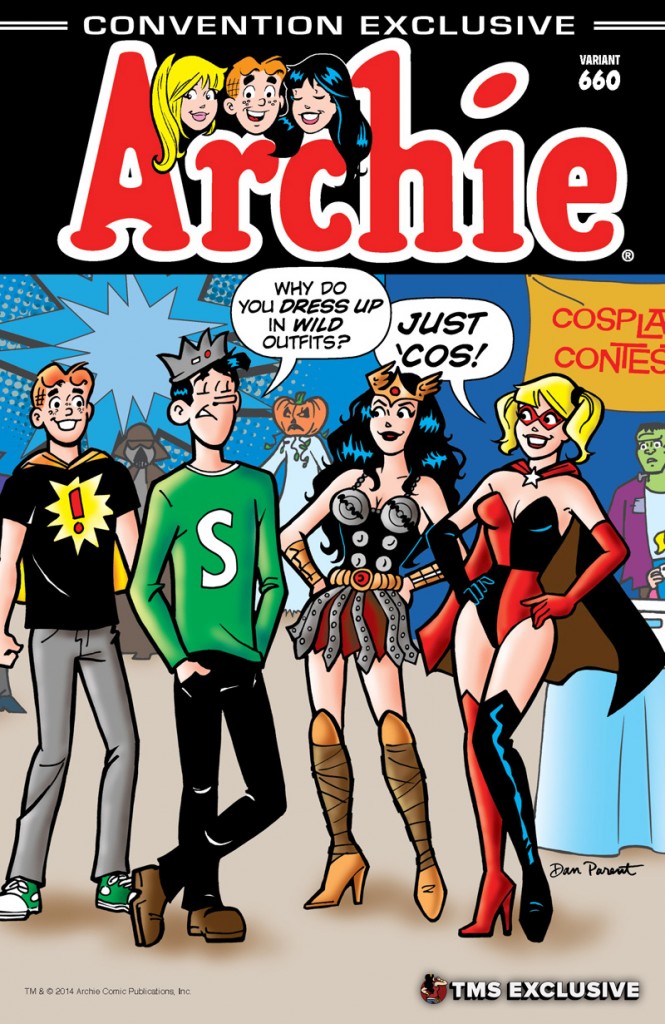 Archie Comics have delighted us with the exclusive reveal of their New York Comic Con 2014 convention exclusive variant cover!

The cover for Archie #660 is by Dan Parent and will be availably only at the Archie booth at NYCC this year. Planning any Archie cosplay for the con?