The Navy’s New eReader Is A NeRD, Has The Kind Of Titles You Would Expect

The military is so good at acronyms. IMO. 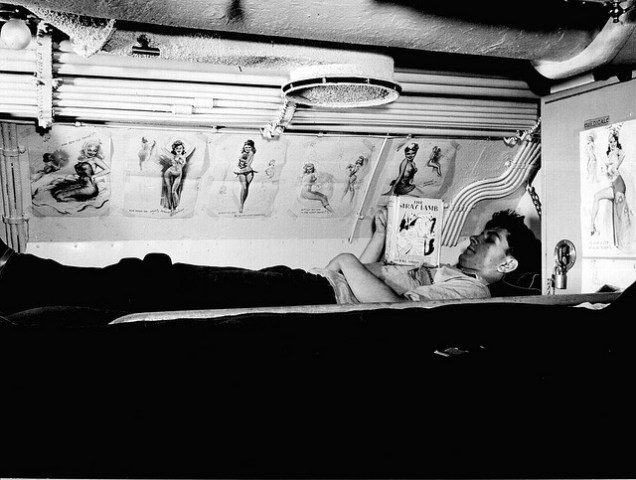 iPads and Nooks aren’t allowed in the Navy—the relatively small eReaders take up too much space and their Wi-Fi could leave vessels vulnerable to security threats. Thankfully for seafaring bookworms, a press release today announced the release of the Navy eReader Device, or NeRD. Just don’t get it wet!

The device was developed  through a partnership between Ohio-based tech firm Findaway World and the Navy General Library Program.  The NeRD comes with no ports, no internet connectivity, no card readers, and no way of adding or deleting titles.  Sailors can’t acquire content, but they likely won’t want to—each device will come pre-loaded with a library of 300 books,  some titles of which live up to the eReader’s cheeky name.

According to The Wall Street Journal,the Navy’s partnership with heavyweight publishing houses like Simon & Schuster, HarperCollins, Hachette, and Random House gives them enviable access to material. NeRDs will come with Lord of The Rings, the Girl With A Dragon Tattoo trilogy, Ender’s Game,  The Stand, as well as a Navy reading list. James Patterson and Tom Clancy books are also reportedly popular on military vessels.

Officers, sailors, and their families will be given free NeRDs but the device won’t be made available to civilians. If the idea of a secure eReader with one permanent pre-loaded library appeals to you as much as it does to me, we’ll just have to hope that Findaway World’s next partner makes the tech available for landlubbers too.

(The Wall Street Journal via Gizmodo, image via Marion Doss and Findaway World)