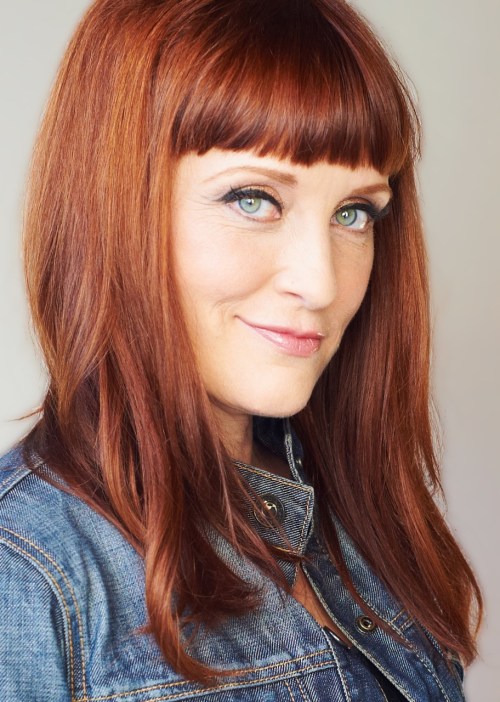 Yesterday the folks behind Firefly Online, a multi-user strategic roleplaying game set in the universe of Joss Whedon’s universe, announced Wil Wheaton as the voice actor for the male player character. Today, The Mary Sue has the honor of revealing his counterpart—Courtenay Taylor!

If you’re not familiar with her face, you might be familiar with her voice. Taylor has voiced characters including Jack from Mass Effect, Lady Chaos from Starcraft II, Star Wars: Knights of the Old Republic, God of War, Dragon Age: Origins, and Regular Show.

“She was one of dozens of actors who auditioned for the role, but her performance blew us all away and was the final choice,” Andy Gore, Executive Producer for Firefly Online told The Mary Sue, “It’s a challenging part: The player character has the greatest number of lines, the most Chinese to speak, a huge range of emotions, and must be a master of the Firefly patois.”

Gore also told us, “Both the male and female player characters will be working off exactly the same script and will be presented the same choices. In space, the only thing that matters is your brain, your aim and how fast you can get to hard burn.”

You can stay up to date on Firefly Online, set to be released Spring of 2015 on Windows and Mac OS desktop via Steam, as well as iOS and Android OS mobile devices, on their Facebook and Twitter pages, and keep up with all the latest and greatest news, information and Big Damn Hero video interviews by downloading the free Firefly Cortex app at http://www.keepflying.com/cortex.