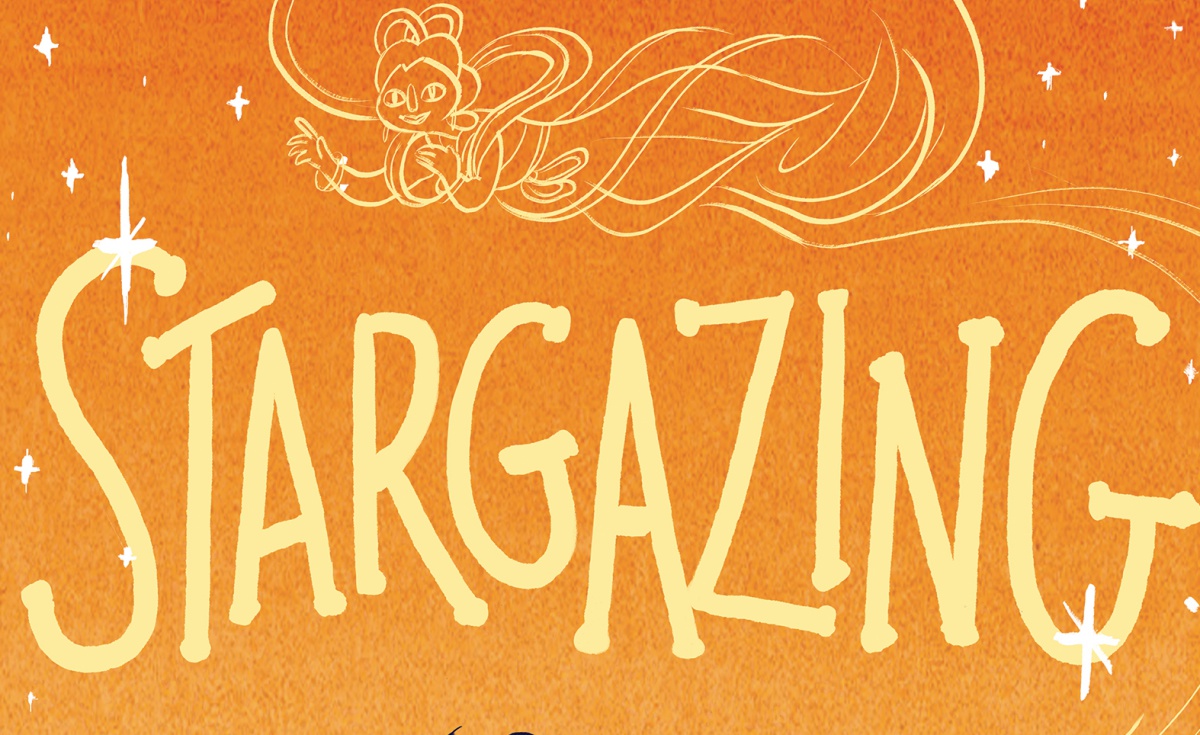 Earlier this year, one of the best graphic novels I read was Jen Wang’s The Prince and the Dressmaker, which we reviewed here and spoke to Wang about. It was a beautiful story about a prince who loves to wear dresses and his best friend who makes them. It was beautiful, queer, and romantic as hell. Thankfully, Jen Wang has another amazing story in the works, and we are privileged enough to be able to reveal the cover to you. 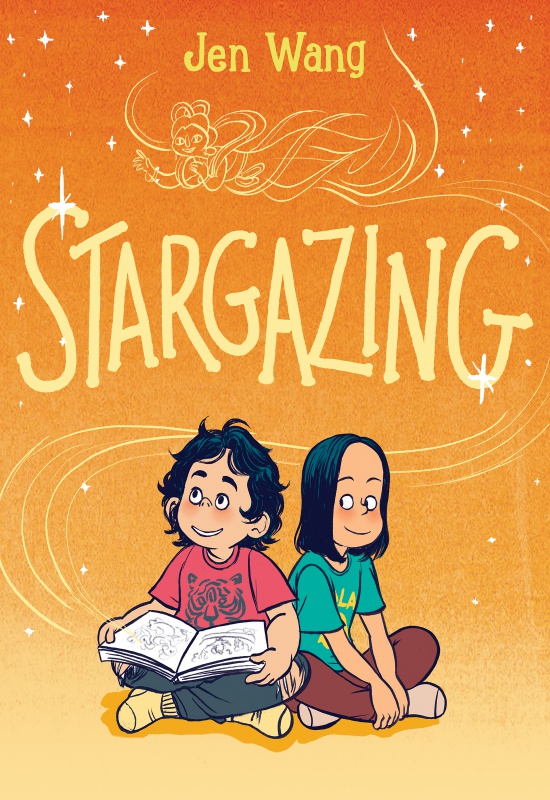 Jen Wang also gave us this exclusive quote giving us a little insight into Stargazing and what the story is going to be about:

“I wanted to tell a story about the variation of experience within even a very specific community. Moon and Christine have so much in common on the surface. They’re both Chinese-American, the same age, grew up in the same city, love music, etc. And yet their worlds are so different. It’s a theme very close to my heart and I hope it’s something young readers who feel out of step with their communities will be able to relate to.”

We also got a little bit more insight from Andrew Arnold, the Art Director of First Second:

“When I first read through Jen’s draft of STARGAZING, I was blown away by her ability to tug at all of my heartstrings, much like she did in THE PRINCE AND THE DRESSMAKER, our first collaboration. We wanted this cover to be as direct as possible, focusing on our main characters but not falling into any clichés. Jen’s a pro when it comes to cover design, and I think she nailed it again here. This image perfectly captures the tone and spirit of this wonderful story—from Moon’s gaze to the stars and Christine’s side-stare—and I can’t wait for the world to read this honest tale of friendship.”

Friendship, music, and a Chinese-American coming-of-age story? Sign. Me. Up. Wang has already proven herself to be a completely capable storytelling and illustrator. I’m so excited to learn more about Moon and Christine. Sadly, the book, as of now, is scheduled to come out July 2nd, 2019, but thankfully, we can re-read The Prince and the Dressmaker over and over again until then.

Jen Wang is a cartoonist, author and illustrator living in Los Angeles. She is the author of The Prince and the Dressmaker, Koko Be Good, and co-author of the New York Times Bestselling graphic novel In Real Life with Cory Doctorow. Her work has also appeared in Los Angeles Magazine, The Believer, Hazlitt, Slate, and McSweeney’s. She has also written for the Adventure Time and Lumberjanes comic series. She is the co-founder and organizer of the annual festival Comics Arts Los Angeles.