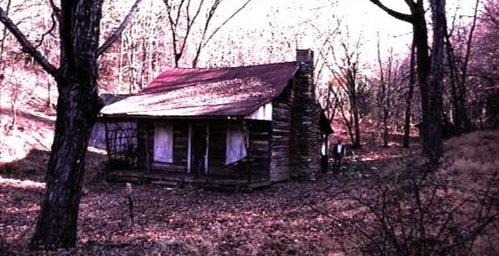 If fans of the Evil Dead movies wonder anything about Evil Dead 2, it’s why, in the name of all that’s holy, does Ash (Bruce Campbell) return to that godforsaken cabin in the woods after everything that happened in the first movie? Was his mind erased? Did he just think, “Aw, heck! That won’t happen twice!” and pack up his car, unsuspecting girlfriend in tow? Well, Ash won’t be in the new Evil Dead movie, and none of those characters will have experienced what Ash did. And according to some new details being leaked, they actually do have a reason to go to this hellhole: drugs.

Bloody Disgusting has gotten its paws on some plot details, and while they’re not thrilled, we’re going to keep an open mind. (Only because this movie has been blessed with an official endorsement by Bruce Campbell himself.) While the general plot will be very similar to the original and its sequel — a bunch of people go to the woods for some peace and quiet, only to stumble upon the Necronomicon, figure out how to read it out loud and then, stupidly, read it out loud, and awaken a swarm of evil Deadites — there is a brand new element giving our new friends a reason to head out to the cabin in the woods:

The “new spin” is the motivation behind the trip, with the lead character taking his younger sister to the family’s cabin to help her kick her drug addiction. Without her drugs she becomes insane and difficult to control, which makes it impossible to see that she’s actually possessed.

The first movie also featured a male lead and his sister — the only person who called Ash “Ashley” — but gave no reason as to why these people went to a cabin that was obviously haunted by something. They were simply on vacation. But this is an interesting twist to the original that will increase the tension between all the characters and throw them off entirely if they can’t tell the difference between a Deadite and a drug addict.

So, they’ll still be careless, irresponsible idiots? Pit against murderous Deadites? Hooray! That’s the Evil Dead we know and love!

For real, Diablo Cody is writing this. This might be amazing.