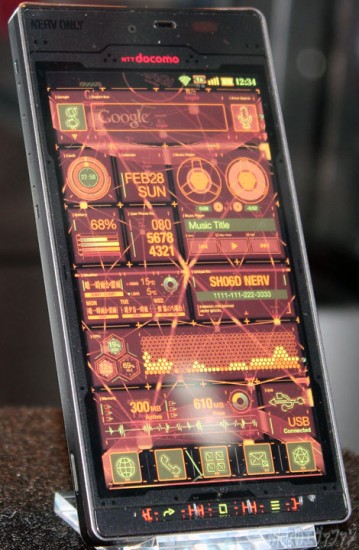 Though the anime Neon Genesis Evangelion went off the air over 16 years ago, the controversial series keeps coming back — most recently in a series of animated films called Rebuild of Evanglion. Now, in conjunction with Sharp, NTT, and DoCoMo comes a modified Android phone called the SH-06D NERV in conjunction with the upcoming Evangelion: 3.0 You Can (Not) Redo. And surprisingly, it looks pretty awesome. 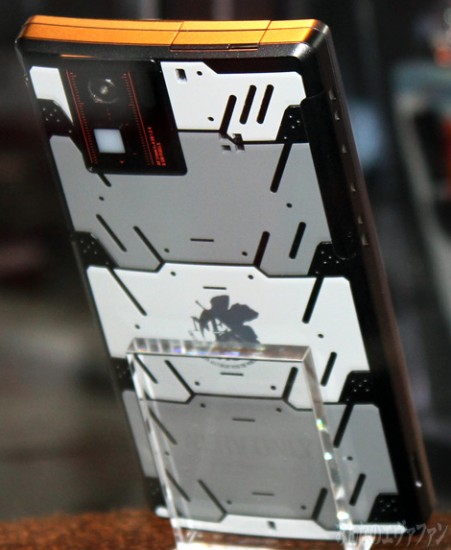 I suppose if you’re going to make a phone tied to a much beloved and apparently immortal television series then you may as well go all out. In the images above, which are apparently of a non-functional mockup, you can see that the designers have endeavored to incorporate artistic flourishes from the Evangelion series into the phone’s case. The custom version of the Android Gingerbread OS run by the phone also has the same asthetic as the dense, bewildering computer screens in the series.

In addition to its stunning exterior, the phone packs some goodies inside as well, from Google Translate:

The phone will also ship with Evangelion games and special video content pre-installed. Though Google Translate is vague, it sounds like a 3D version of the latest Evangelion film will be preloaded on board, along with an alternative cut of the film.

The phone appears to be available only in Japan and be a limited release. Sorry, American fans. You probably won’t be sinking your teeth into this one for a good long while.