Why Anime is Doomed, Pt II: Cowboy Bebop Writer is Frustrated with Industry 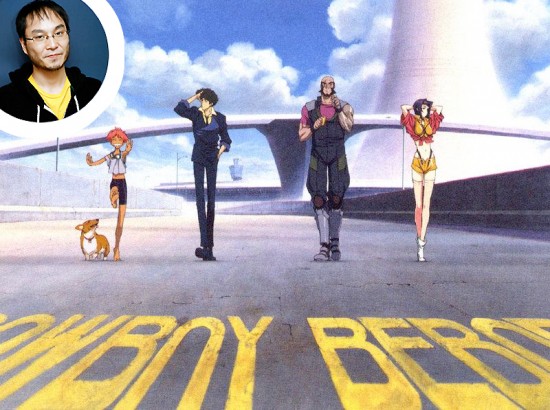 “No one wants to hear about NEET [the unemployed],” he said, expressing his frustrations with the Japanese anime industry. “They’d rather watch a group of high school girls in a band asking, ‘How do I play this note?’”

“We can’t do our own anime,” Satō noted, citing animation studios’ common practice of outsourcing its in-between frames to sub-contractors from other Asian countries, often unversed with the series they’re working on. Game companies, of course, utilize similar practices. For example, educated Chinese denied access to decent jobs, Satō said, often become a core labor force as they can draw the Chinese character-based kanji characters and copy drawings.

As a result, he claimed that animation has lost its consistency, starting with the 1982 series Macross (Cowboy Bebop director Shinichirō Watanabe would later helm the Macross Plus OVAs and film). Satō said: Though the “continuity between images was awful … we’ve been doing the same thing ever since.”

Satō also thinks anime should be resistive and not cool (though, really, as a Bebop writer, he should know that “cool” originally was meant by bebop jazz musicians as a term of resistance); this alongside the fact that anime is no longer even fully Japanese-animated dismisses the notion of a “Cool Japan.” “Japanese pride is part of the national project,” he said—and only on the surface level—though in truth, “Most people have no idea who makes it.”

So we continue thinking that anime is Japanese, though really it’s not, and this resistance to anime as a global industry has led to a serious decline in quality. Satō suggested that the wizened Japanese anime industry refused to educate its sub-contractors in special skills or storytelling, in order to maintain its superior position.

As Otaku2 observes, “Satō seems to be making a sustained attack on kuuki-kei and sekai-kei stories, or stories where personal problems are equated with problems of the entire world, without the intervention of society or the state.” “If we are always escaping from reality and real problems,” asked Satō, “when will we face them?”

Anime’s turn to a “super establishment system” of obsessive marketing and merchandising is the ultimate betrayal for Satō. “Miyazaki Hayao (Hayao Miyazaki) was a communist,” he told the round table angrily. “He was fighting the system!” A strong dissenter against materialism, Miyazaki would likely express similar views; you may recall his less-than-flattering review of the “masturbatory” iPad.

Satō compared otaku and rappers, saying that they were not too dissimilar, both focusing their attention and communicating through creation. To him, the notion that otaku are vastly “different,” whether for better or for worse, is simply media hype (though he likely doesn’t know America’s very own rapper-otaku Soulja Boy, a convincing case for arguing otherwise).

Praising the doujinshi (independent) scene, he expressed his hope that anime would take a page from the “underground” quality of rap, which he equated with manga: “Manga is the last hold out. If that is lost, there will be no more anime.”

Satō’s outlook is grim, predicting that anime would die out in Japan in a few decades. Nonetheless, he’ll continue to make it in defiance of what may be the inevitable. “I am just working so that there will be a next project,” he said. Well, let’s just hope he doesn’t mean Keanu Reeves’ upcoming live-action film adaptation of Cowboy Bebop.

(via Siliconera via Otaku2; original images via AnimeFest and The Teen Section)