A Japanese Theme Park Made a Life Sized EVA Unit 01 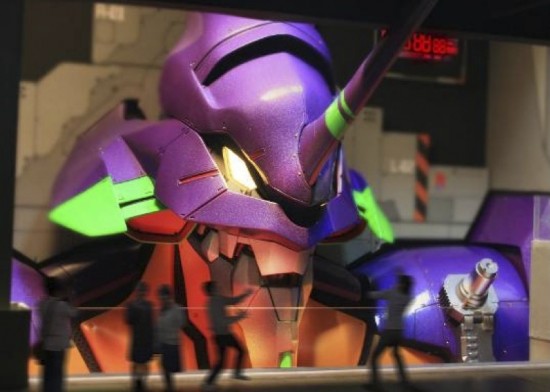 Sweet Jebus, that is something else. Japanese theme park Fuji-Q HighLand has announced that it will be adding a new section to its park, Evangelion: World – Life-Size EVA-01 Construction Project.  In what will certainly become the centerpiece of the place, they are going to build a “life-size” replica of EVA Unit 01, the terrible mecha of Shinji Ikari, the series’ main character, inhabited by the trapped soul of Shinji’s dead mother. But only from the chest up.

Look at the picture above, and tell me that that isn’t enough for anyone.

From the Anime News Network:

The pavilion will also have a life-size cockpit of an Evangelion unit (from where visitors can pay to have their photos taken), a life-size figure of the character Kaworu Nagisa, a video corner, a museum, a studio gallery for taking photographs, and a shop.

Hopefully the cockpit won’t be filled with oxygenated clear liquid that tastes like blood.

Neongenesis Evangelion was my first real anime (followed closely by Cowboy Bebop, natch), and has lead me on a trend of watching (and loving) almost incomprehensible visually symbolic Japanese cinema, including all of Revolutionary Girl Utena.  In this spirit, here, have the Eva theme song: