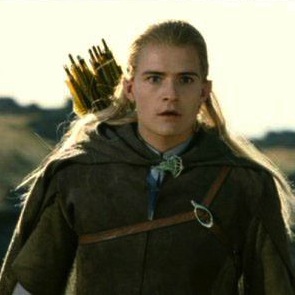 Evangeline Lilly will be playing a new character—the Woodland Elf, Tauriel. Her name means ‘daughter of Mirkwood’ and, beyond that, we must leave you guessing! (No, there is no romantic connection to Legolas.) — Peter Jackson, on his Facebook page.

Let it never be said that P.J. doesn’t understand his audience. Lilly, a veteran of Lost joins the cast of The Hobbits, making Tauriel the second female character in a cast of about three dozen. So, yeah, we’re willing to put aside the adaptation decay rage in trade.