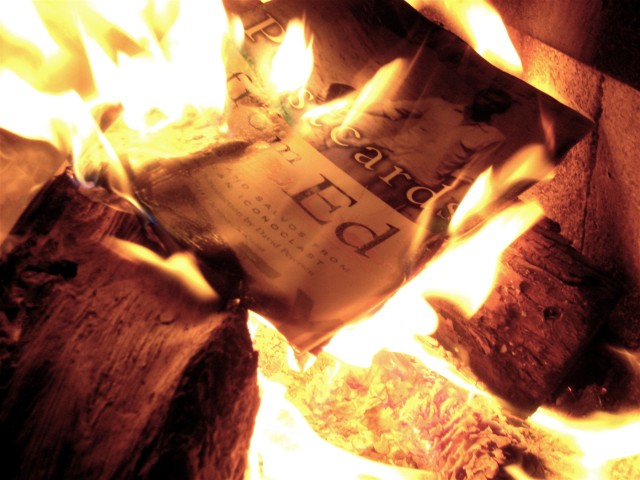 Government censorship of the Internet is becoming more and more common, and in many cases blocked sites are indistinguishable from those that are just not working. That’s why the Open Rights Group is proposing a “451 unavailable” error message to appear on those sites to let us know if we’re living in a Bradburian dystopia.

The United Kingdom-based Internet freedom advocacy group has a lot to worry about, from Prime Minister David Cameron’s forced filtering to the British Library censoring Shakespeare, but this is applicable to any nation, as courts can order Internet service providers to block sites for various reasons.

Open Rights Group has set up a site called 451 Unavailable to launch the initiative to use 451 error messages, named in honor of Ray Bradbury’s Fahrenheit 451, which featured the same sort of apathetic blanketed approach to censorship that the UK’s government is pushing for right now.

Error 451 pages would include all the key information about the blocking order including links to the relevant court order, how to challenge the block and the law allowing the court to block websites in that country

A proposal for this 451 status code for use when resource access is denied due to legal demands has been made to the Internet Engineering Task Force.

451 Unavailable aims to be a repository for the legal documents that should be included on Error 451 pages and to provide legal analysis of those documents.

Right now, blocked sites often turn up a “403 Forbidden” error. ORG believes that 403 is meant only for the site denying them access. “403 Forbidden shouldn’t be shown when a site is blocked for legal reasons. That’s not what it’s meant for.” They want to encourage ISPs to use the 451 message and be as transparent as possible about what the user is experiencing. The 451 error page would provide information about why the site is unavailable and how long it will last if the block has an expiration date.

The 451 Unavailable site provides resources for recording all the information related to a block and a way for reporting incorrectly blocked sites. The Pirate Bay and other sites charged with copyright infringement are already blocked in the UK, and 451 Unavailable has set up a wiki to collect information on each court order that leads to a block.

Using error messages fighting for transparency from governments is a great idea. If the Internet Engineering Task Force is willing to oblige, there are some other error messages they should have put in a long time ago. Error 1984: Site Is Doubleplusunavailable. Error 867-5309: Jenny Not Found. Error 1337: Pwned. Error #1: You do not talk about about Fight Club. Error #2: you do not talk about Fight Club!

(Motherboard via Slashdot, image by Alan Levine via Wikimedia Commons)