Ghostbusters’ Ernie Hudson Joins Once Upon a Time Next Year

And it's not as an inexplicably Jamaican crab. 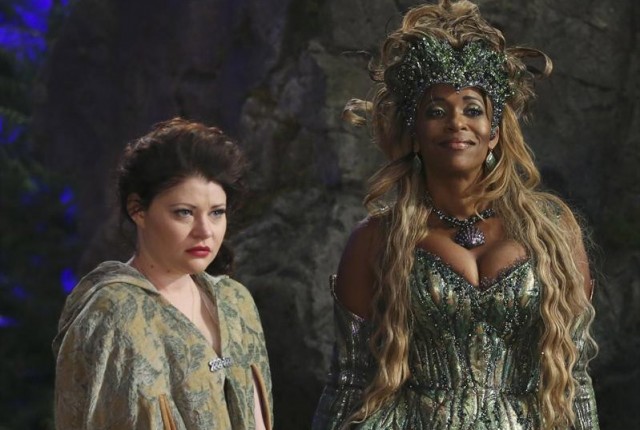 Yes, it’s true – Ernie Hudson will be boarding the Once Upon a Time train next year. If you want to know who he’s playing, read on!

In a twist, in addition to being the the powerful deity of legend, in the OUAT world, we will also discover that Poseidon is the father of the villainous Ursula, played by Merrin Dungey. The two will be joined by JoAnna Garcia Swisher, who will be reprising her role as Ariel.

Originally on the series, Lana Parrilla (Regina) portrayed the Disney character Ursula. In truth, she was just pretending to be the thought-dead sea goddess for one of her approximately 500 evil plans and it was actually Community actress Yvette Nicole Brown who voiced the real Ursula as a CG character. But in the midseason finale, it was Dungey (known to Alias fans as Sydney Bristow’s friend Francie) who took on the role in live-action.

Regardless, it looks like more family-based drama is on the way next year. What do you think of the casting? I, for one, am thankful because it allowed me to know this GIF exists: