Britain Declares Girl Monarchs as Easily Found as Boy Ones 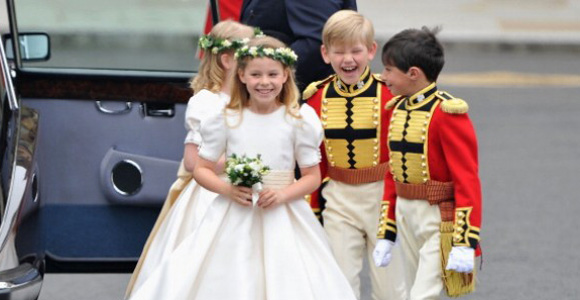 Wow, is this a long time coming or is this a long time coming? Sixteen members of the British Commonwealth States have unanimously voted for a major overhaul in Britains royal succession laws. Women and men are now on equal footing no matter what order they were born. First-born Princess with a younger brother? No problem! You will be Queen some day and your brother will just have to take those nayh, nayh, nya-nayhs your giving out.

For the last 300 years, the rules specifically stated that the first-born son of a monarch would rule. If the eldest son died the crown would fall to the next son and if there were no other son, only then would the eldest daughter be made Queen. For instance, Queen Elizabeth II only became queen because her father, George VI only bore two children, both girls. But now, if or when the Duke and Duchess of Cambridge, Prince William and Kate Middleton have children, a first-born daughter would immediately be granted succession rights. Of course they have to wait for Prince Charles to succeed to the throne first and then Prince William himself before she could become Queen but you get the idea.

According to the BBC, “The succession changes will require a raft of historic legislation to be amended, including Britain’s 1701 Act of Settlement, the 1689 Bill of Rights and the Royal Marriages Act 1772. The change to the Royal Marriages Act will end a position where every descendant of George II is legally required to seek the consent of the monarch before marrying.” The ban on a monarch being able to marry a Roman Catholic was also lifted in the new vote although they still cannot ascend the throne.

Prime Minister David Cameron said, “The idea that a younger son should become monarch instead of an elder daughter simply because he is a man, or that a future monarch can marry someone of any faith except a Catholic – this way of thinking is at odds with the modern countries that we have become.”

The changes however, will only be applied henceforth and not retroactively so that whole mess with Henry VIII and his numerous wives is still considered a mess.