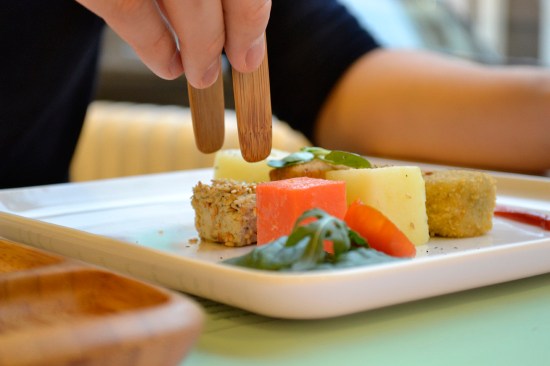 See those sushi-like cubes on that stylish tray? They’re made of bugs: A mix of honey caterpillar croquettes and other processed insect treats. They are the products of Ento, a design by a group of U.K. students aimed at convincing the average shopper to add some insects into their diet. Now, you might think that eating insects is a measure of last resort, but there are some pretty compelling reasons why bugs should probably be on your dinner table.

The act of eating bugs is called entomophagy, and is actually a fairly widespread activity. According to Wikipedia, insects are eaten in 80% of the world’s countries, with 1,417 species of arthropods safe for human consumption — a number which includes arachnids, but not other arthropods more familiar to the dinner table like shrimp and lobster.

Just because an activity is popular doesn’t mean it’s a good idea, but eating insects can actually be advantageous and good for the environment. For one thing, insects are generally high in protein and are packed with valuable nutrients. They’re also easy to cultivate en masse and have a remarkably high output of protein for the energy used to raise them, all while doing less damage to the environment then large-scale factory farming.

Ento’s design goal is to create foods and packaging that will slowly introduce First World consumers to the idea of eating bugs. Processing the insects into foods that in no way resemble their source is the first step, and the sushi-style cubes seem remarkably successful at this. Their other hypothetical products include minced crickets, dried grasshopper paste, and fresh whole crickets. Ento has the last of these as a late-term product, after the market has become accustomed to bug foods.

With a clean, modern design, an emphasis on sustainability, and an (allegedly) delicious product, Ento looks like it could be successful. Personally, I don’t think that bug-based foods will ever come to replace traditional Western meals. However, with a growing interest in locally produced foods and ecological sustainability, insects could perhaps become a part of the modern American dinner. 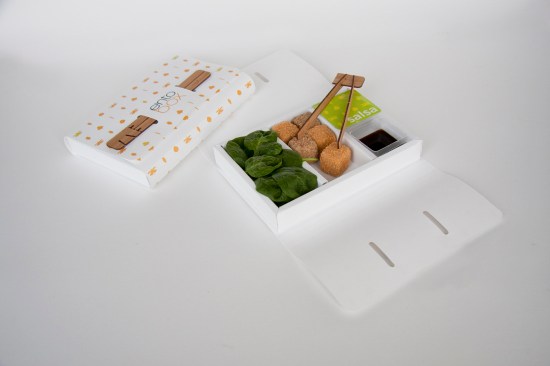 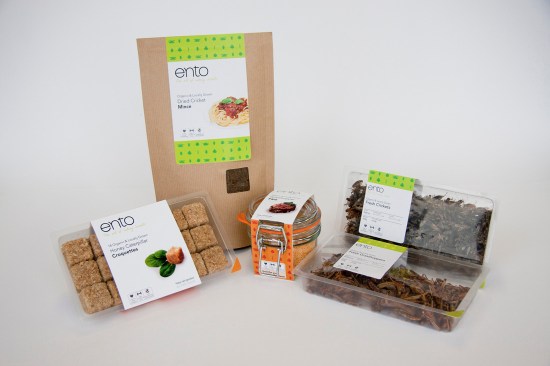