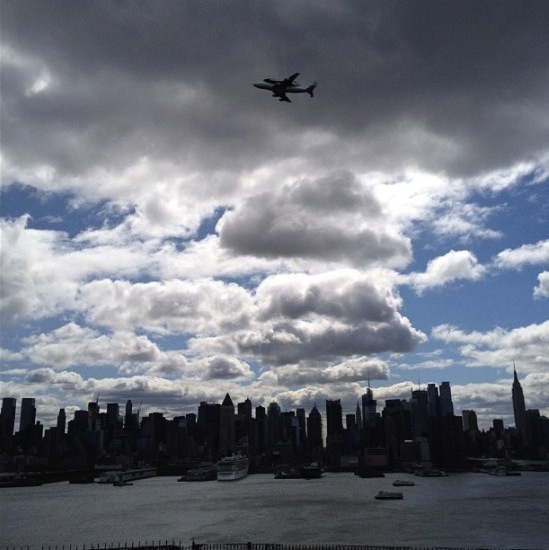 A headlining exhibit at the Smithsonian since 1985, the Space Shuttle Enterprise has landed at New York. In the coming days, it will be ferried by barge to its new home at the Intrepid Air and Space Museum on Manhattan’s west side. However, today New Yorkers were treated to a view of the test shuttle’s flight on the back of a modified Boeing 747. Though it was never built to fly in space, Enterprise sure looks good in the air in this Instagram photo from NBC.

For those playing along at home, this is the second ferry flight of the Space Shuttle’s retirement. The first took Discovery to D.C., where it was swapped for the Enterprise. In the coming weeks, the last Shuttle ferry flight will carry Endeavor to California while Atlantis will be put on display at the Kennedy Space Center.