Space Shuttle Enterprise Prepares for First and Last Flight Since 1985 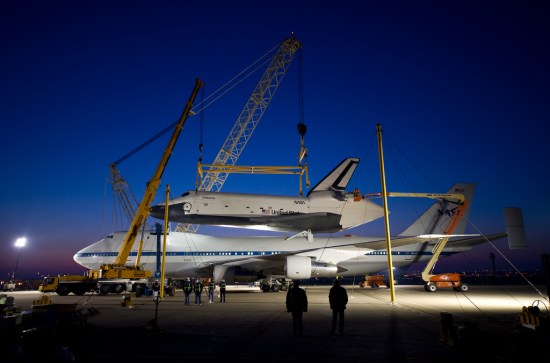 Entering their final phase of retirement, there’s been a flurry of activity with the Space Shuttles these past few days. First, Discovery was flown to Washington, D.C. where it was enshrined by the Smithsonian. In doing so, it took the place of the Enterprise — which was technically the first Shuttle ever built. Though it never went to space, Enterprise will take its first ride since arriving in D.C. back in 1985 when it is flown to New York City on Monday.

Built in 1976, the Enterprise lacked a set of engines and heat shields, among other key systems. However, it was mated to a test fuel tank and booster rockets, and even glided unpowered during a series of flight tests in 1977. This shuttle did come close to flying in space; it was originally meant to be refitted after testing and slated to become a full-fledged member of the fleet. However, last-minute design changes and infrastructure issues kept that a pipe dream, though it was briefly reconsidered in the wake of the Challenger disaster.

So while Enterprise may not be as exciting as a true spacecraft, it played an enormous role in getting the Shuttles from paper to the launch pad. It’s slated to be flown out to New York’s JFK airport on this coming Monday, likely engaging in the same kind of dramatic photo-op flybys as Discovery. After it’s arrival, Enterprise will be loaded on a barge and sailed around Manhattan to its final home at the Intrepid Sea, Air, and Space Museum — which is mostly housed on the aircraft carrier U.S.S. Intrepid, permanently docked in the Hudson river.

While Enterprise’s ferry flight will be last Shuttle flight on the East Coast, there’s still one trip left in the Shuttle program. In the coming weeks, we should see Endeavor make its trip to California where it will be placed on display at the California Science Center. 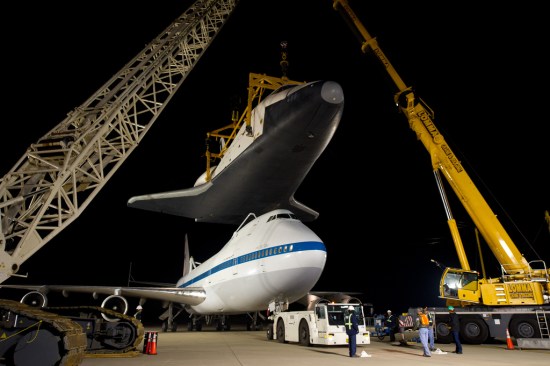 Relevant to your Interests