Now That DC & Marvel Movies Are Both Doing Well, Can the Fan Wars Stop, Please … Please? 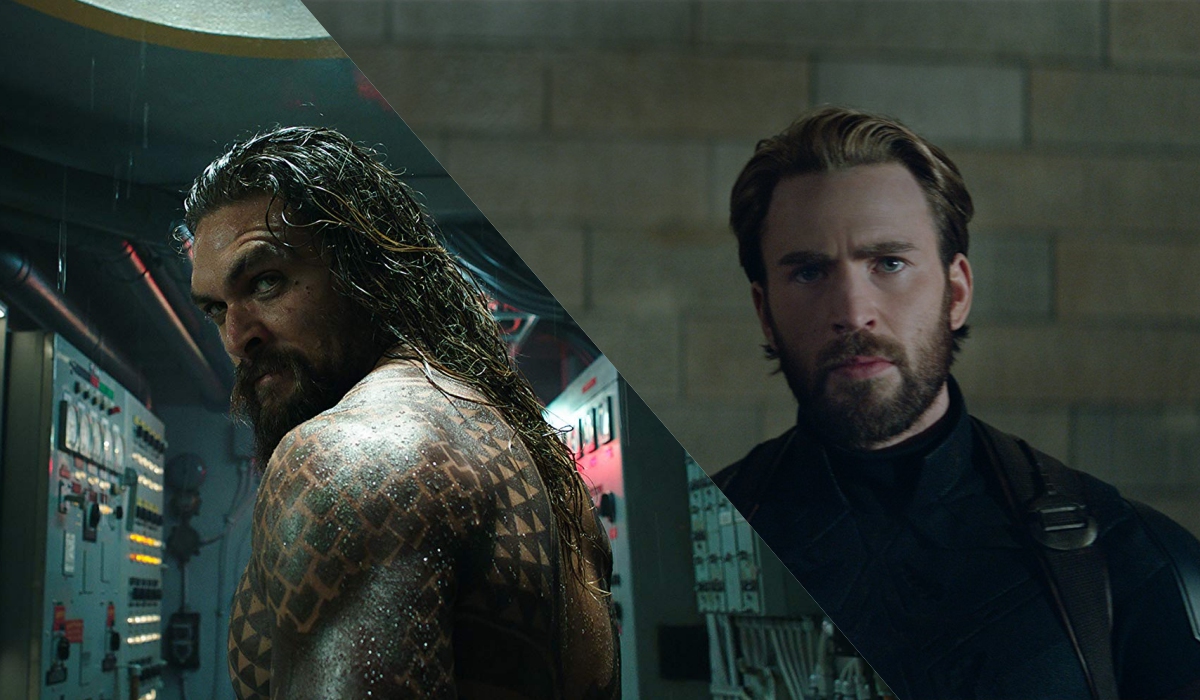 I’m so happy about Aquaman.

The fact that it’s doing well, and that the two best movies in the DCEU exist because of female and POC directors, is a real accomplishment. See what happens when you let us into fandom?

For Aquaman, the guy who has gotten so much trolling from the entire world, to do better than Justice League is poetic justice that I will savor for all time, and probably the best tribute to Entourage ever. Yet, instead of us all being able to celebrate that now both DC and Marvel are on great tracks to give us all quality comic book movies, the DC vs. Marvel “teams” are coming up again.

DC vs. Marvel is always exhausting, but the way it has combined with the internet culture of “stan wars” has created a true chimera of toxicity that is both unnecessary and ignores how both companies have places where they are shining and were they are slacking.

DC has been dominating television with its Arrowverse live-action series. Now, with its DC Universe streaming service, it’s producing Daredevil-level violent shows, under its own platform. DC also has a huge catalog of beloved animated shows like Justice League, Batman: The Animated Series, and Static Shock that make the streaming service great for nostalgia purposes, along with its very good cache of animated films that you can now watch in one place.

Meanwhile, despite quality acting and putting a lot of money into the shows, the hype for the Netflix Marvel-verse died quickly, with few exceptions. When it comes to the small screen, DC has it locked down pretty damn well.

Yet, on the big screen, Marvel has created something that will definitely be held up as a cinematic marvel (no pun intended) because it has lasted so long and managed to be an overall critical and commercial success. Yes, looking back, there are some that don’t fully hold up—Avengers/Age of Ultron/Thor 2—but that doesn’t mean everything was completely derailed, because the whole was stronger than a few missteps.

In comparison, DC has made movies that I would not consider either good or ones that did justice to their characters, but Superman, Batman, and even Harley Quinn are too dynamic and compelling to not survive. If we persevered through Batman Forever, we can endure anything. Yet, instead of throwing it all out, it’s taking the feedback from Wonder Woman and working towards creating something that can hold strong in its own right.

Admitting that DC has not made great movies does not mean all Marvel movies are great. Enjoying Marvel movies doesn’t mean you are rooting for DC to fail. Wanting DC to do better doesn’t make Marvel perfect, and all the same goes the other way around for TV.

Both of them doing well is best for us as an audience, because it’ll mean they’ll try to outdo each other. We would probably not have gotten Captain Marvel as soon as we did without Wonder Woman lighting a fire under Marvel’s butt, and Black Panther has opened the door for studios to see that non-white leads in superhero movies can open and open big.

With Sony being two for two with Venom and Into the Spider-Verse, and DC doing well with Aquaman and gearing up for some fun looking projects, it’s an exciting time to be a fan of comic book movies. So why fight? Don’t most of us like characters from both sides? I grew up with DC animation, while also loving Spider-Man and X-Men comics.

At the end of the day, I prefer Justice League to a lot of Marvel movies ,and if you prefer BvS to Infinity War, then live your damn bliss. It all has a place and coexist in this messy place we call internet fandom.

So hopefully, in the year 2019, we can put down our shields, tridents, lassos, and hammers to fight the common enemy: terrible CGI baddies and third acts that go nowhere.