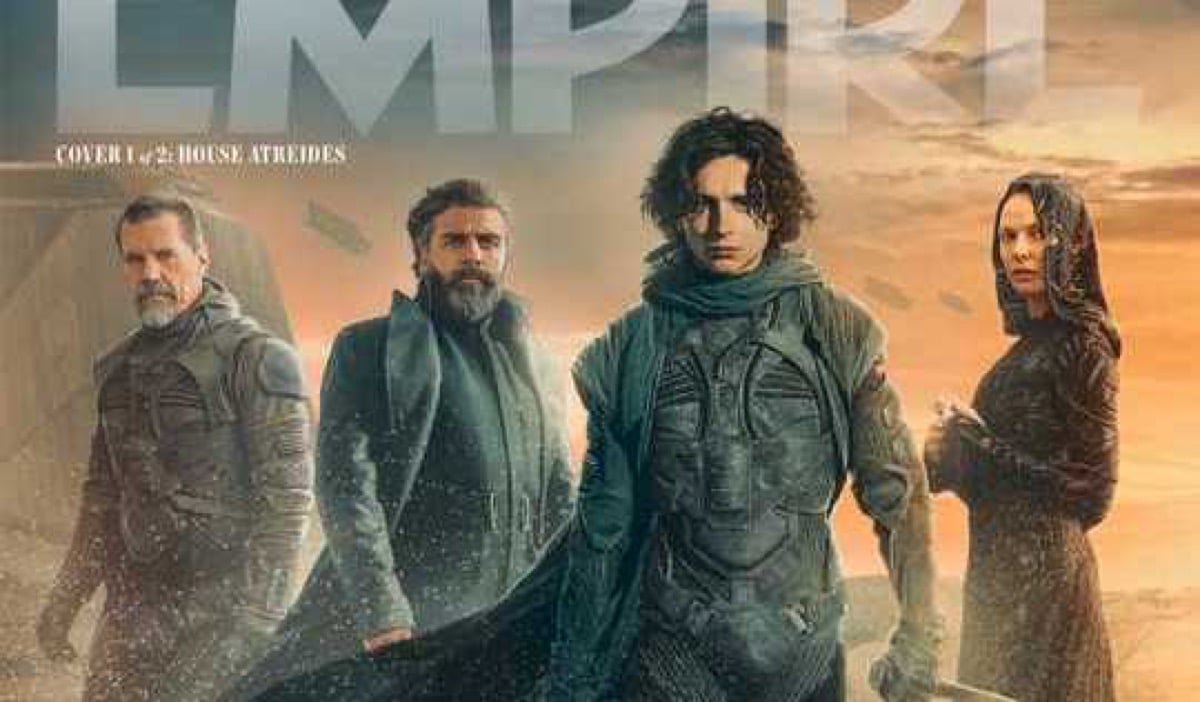 Warner Bros. has announced that the official trailer for Denis Villeneuve’s Dune will premiere online Wednesday, September 9 at 12pm ET. Until then we also have two covers from Empire magazine highlighting the star-studded cast of the film.

Naturally, the first of the two covers feature House Atreides, the house that our protagonist hails from and one of the great noble houses in this fictional universe. We see Timothée Chalamet as Paul Atreides, sporting a codpiece for the ages and a very angsty long scarf. On his sides are Oscar Isaac as his father Duke Leto, looking like a snack, Rebecca Ferguson as his mother Lady Jessica, and Josh Brolin as the family’s master-at-arms Gurney Halleck. Everyone is good looking in their very muted tones: 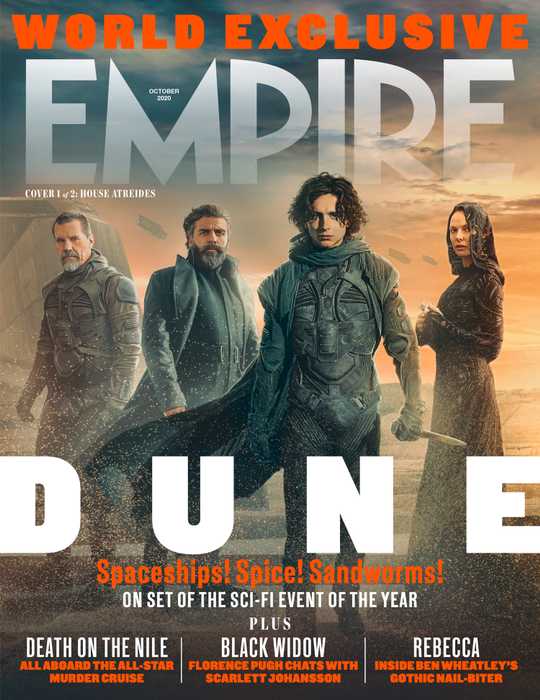 Chalamet as Paul is the kind of casting that both perplexes me because he’s such a major star, but also fits because he does look like a young boy who is about to see some shit. My brain defaults to seeing Paul as just a far older, broken character, but he is also written to be much more mature for his age due to all of the circumstances of his birth.

Moving on to the second cover, most of the characters are the Fremen, who are the native people of Arrakis (Dune), with blue eyes due to the spice. This includes Javier Bardem as Stilgar, Zendaya as Chani (love interest to Paul), and Sharon Duncan-Brewster as Liet-Kynes, who has been gender-swapped from the original novel. The non-Fremen on the cover is Jason Momoa’s Duncan Idaho, a character who grows in importance but is hard to discuss without spoilers, so we won’t. 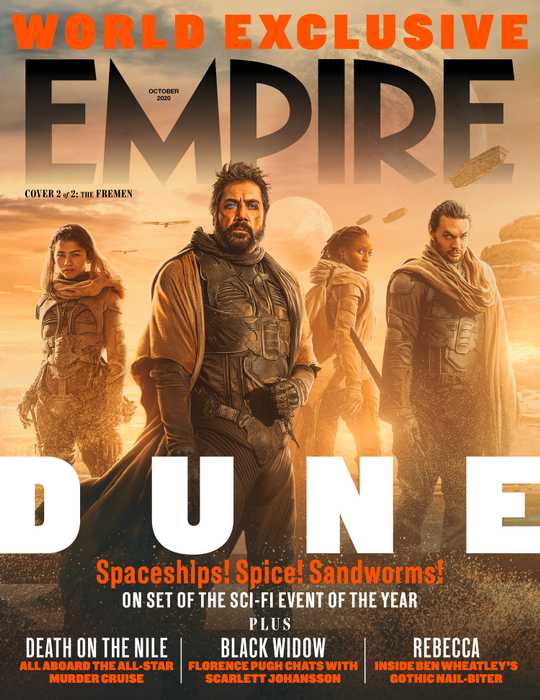 Again, everyone looks great, if a little generic in design, which will be one of the truly difficult aspects of Dune and how audiences may receive it now. I love Dune, and it is just a great series, but it is also one of the most popular sci-fi novels of all time dating back to its 1965 publication, which means it has been copied and repurposed in so many ways that things about it read as derivative to modern audiences.

One of my issues with the design is how it doesn’t really grab the eye. The only thing I actively remember about how this version of Dune looks from the promo shots is Oscar Isaac’s beard. Empire shared an image of what the sandworm looks like, and due to just a complete lack of color and sense of scope, I at first thought it was a giant eyeball.

Hopefully, when the trailer is released, it will deliver something that will grab audiences—especially since the movie is headed to theaters for a planned release date of December 18th, 2020. If they want people to fill those seats, they’d better be doing something really amazing.