Emoji Poetry Exists, and It's Lovely | The Mary Sue

Is Emoji Poetry the Ultimate Form of Those Dumb Little Icons?

The poems are great, but work on your portmanteau game. 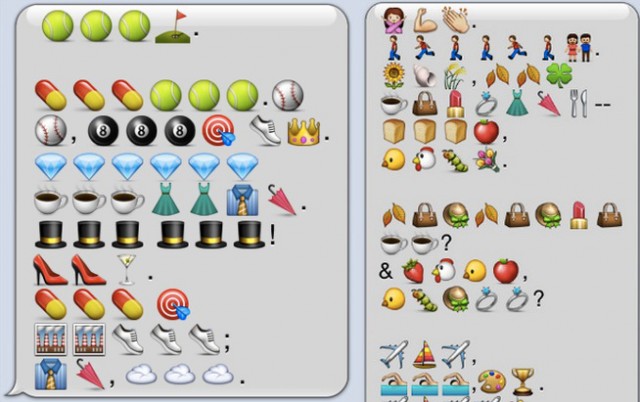 You kids and your emojis. Just type words! Or, at the very least, if you’re going to use emojis use them well. As an example, here are two pieces of emoji poetry, somehow not called emojetry. It’s exactly what it looks like. Poems written with emojis. Enjoy.

These examples come courtesy of poets Carina Finn and Stephanie Berger. Berger, who runs The Poetry Brothel and is co-executive director of the Poetry Society of New York, told our friends at Styleite about the process:

Carina Finn is the type of woman who carries her iPhone around in a pink, purse-shaped, silicone case that says, ‘Cliché’ on it.  She also uses a lot of emojis when she texts. Sometimes, when she plans to send a text, she spontaneously writes a poem instead. As I understand it, that urge to write a poem suddenly came over her as she had her emoji keyboard open in August of 2012. Being best friends and preliminary editors of each other’s work, she texted me the poem and asked what I thought. Instinctively, I translated it and texted it right back to her. A few days later, I received another. Again I translated. We carried on for months just like that.

The emoji poems saw us each through a few different lovers, several jobs, three countries, three seasonal wardrobe changes, and even hurricane Sandy. I think of the poems as operating within a kind of secret language between girls; they are filled with our secrets, and only we know the code.

Here are two of the poems and their English translations reprinted with permission from the poets. 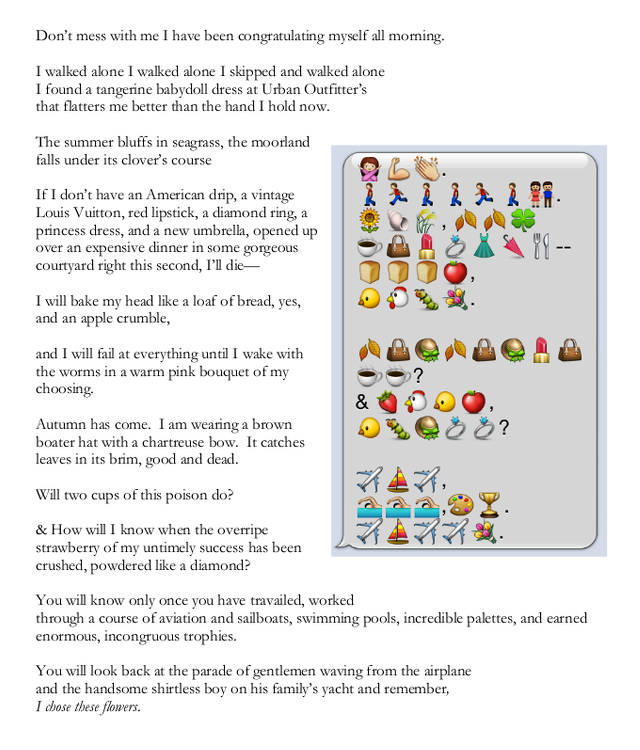 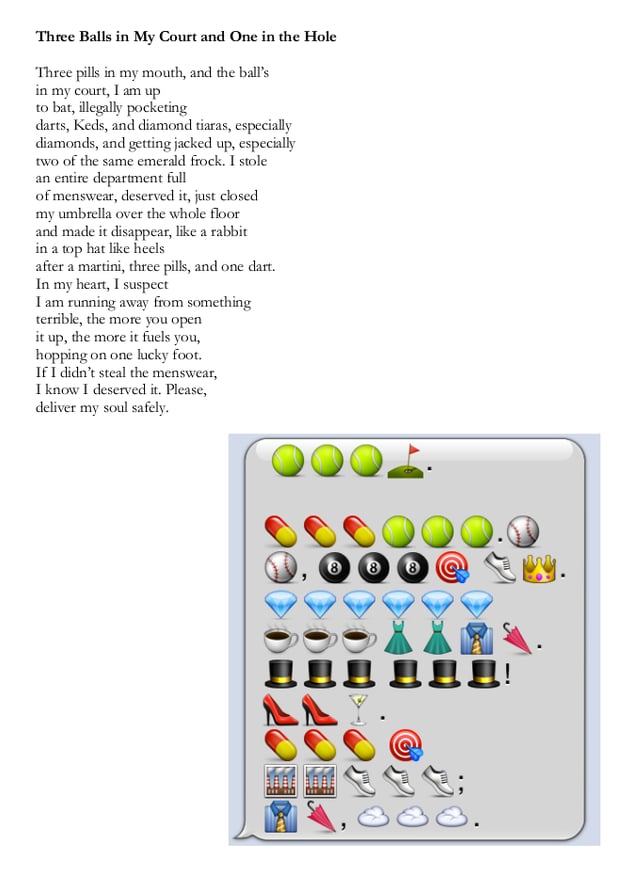 (via Styleite, images via Carina Finn and Stephanie Berger)