What Is Love? We Spoke to the Merriam-Webster Lexicographer Defining It

Baby, don't hurt me no more. 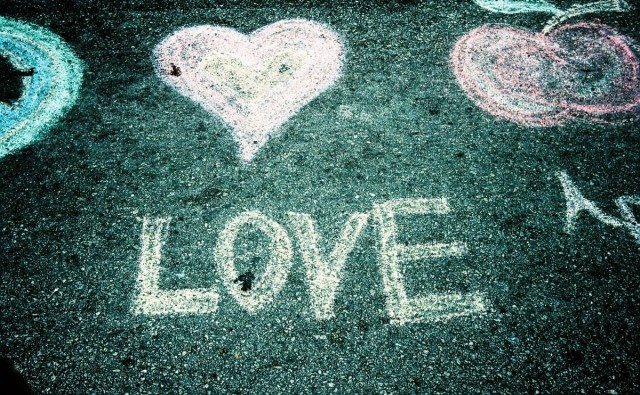 “Love” is a word we all use and understand, but defining such a complex idea seems like a daunting task. That’s why we’re so fascinated with Emily Brewster. She’s the Merriam-Webster lexicographer tasked with writing the “love” entry for the new edition of Merriam-Webster Unabridged. She spoke with us about her work.

Obviously, “love” has already been defined, but to put together a new unabridged edition of the dictionary, the team at Merriam-Webster is reviewing every single entry and updating them as necessary. It fell to Brewster to work on the definition for the word “love.” We weren’t sure exactly how such a task managed to come across her desk, so we asked her about the process by which lexicographers are assigned words. She told us:

Typically we work through a dictionary alphabetically, and editors sign out batches—a section, say, from gli-gloss—and then address all of the entries in that batch. There are cases, though, in which it makes sense to work non-alphabetically. An editor might be assigned to revise all the entries for constellations, or for colors, for example. The project I’m currently working on is to revise for Merriam-Webster Unabridged the words that are perennially, day in, day out, most commonly looked up on our websites. These are words like insidious, pragmatic, disposition, affect and effect, and, perhaps somewhat surprisingly, love.

Having to define love, and all the senses in which it’s used, seems like a tough job, but we think Brewster is up for it. She says the most challenging words to define can be the simplest ones, specifically mentioning “go,” “get,” “set,” and “have,” but she also told us that the most exciting moment in her career came when defining the indefinite article “a.”

I identified a sense of the word that no dictionary (that I know of) had ever isolated. It’s now at [here:] “used as a function word before a proper noun to distinguish the condition of the referent from a usual, former, or hypothetical condition,” as in “A triumphant Ms. Jones greeted her supporters.” The word a there tells you that Ms. Jones wasn’t always triumphant; there’s been a change. There’s something immensely rewarding about writing a definition like that.

As for the definition of “love” itself, here’s how Brewster said she went about tackling it:

Having just spent more than a month thinking about it, I fully agree: love is pretty complex. But I should make it clear that my job in revising the definitions of love wasn’t about the *concept* of love; it was about the ways the *word* love is used. I wasn’t trying to answer questions like What is love? Does it last? Can people ever love one another equally? Those are questions better left to the poets and philosophers.

My job was to answer questions like When someone says “I love my mother/country/pie” or “They married for love” or “People are loving on that song” what exactly do they mean? To answer those questions I did what we always do: analyze evidence. All of our definitions are based on evidence of words in use, primarily from published, edited text. The core of this evidence is something we actively collect through our “reading and marking” program: part of a Merriam-Webster editor’s job is to read (anything—newspapers, magazines, blogs, books, menus, comics) and mark any new or interesting usages, which then get added to our searchable database.

To edit the Unabridged entries for love (both the noun and verb) I examined all the examples of love in our files that editors have marked, and then determined which were covered already by the existing definitions in Webster’s Third and which of those not covered showed meanings that are established enough to warrant entry. I wrote new senses, revised existing senses, and added lots of examples.

The final result (as far as my work goes, anyway—our Director of Defining will have the final say) is 11 senses and 18 subsenses for the noun and 7 senses and 8 subsenses for the verb, including some new meanings (for example, the noun meaning “expressions of loyalty or admiration,” as when fans give or show a player “love”). The two entries also have a combined total of 133 examples, most of them quotations from sources that vary pretty widely—from Shakespeare (who used the word a lot) to Molly Ivins to the rapper Freeway.

133 examples may seem like a lot for one entry, but as Brewster pointed out to us, the new Webster’s Unabridged is an entirely digital effort. They’re not constrained to a page count, meaning lexicographers have the freedom to be more complete in their entries than ever before. Brewster gave us a few other examples of the benefits of going all-digital:

This means lots of example sentences, more usage information, and definitions that don’t rely on space-saving dictionary tricks like defining with “of or relating to [noun-related-to-the-adjective-you’re-looking-up].”

We learned about Brewster’s task to define love through her Twitter account around the time that the Oxford English Dictionary added the word “twerking.” She had the honor of defining the noun form “twerk” for Webster’s Open Dictionary, which is something anyone can do. In fact, she had to pause her work on “love” to define “twerk.”

Adding “twerk” to the Open Dictionary doesn’t mean it will work its way into an official edition of a Webster’s dictionary, but it’s a first step towards that process. We asked Brewster whether “love” or “twerk” was harder to define. She told us:

Definitely love. It’s almost always true that the simpler and more common the term the harder it is to define. I did have to watch some crazy YouTube videos to define twerk though.

Love is complicated. It has a lot of different meanings, and people use it in a surprisingly high number of ways. We can love things, each other, and ideas. We can show love, give love, receive love, lose love, and even beat love down. A dictionary definition may not help you find love, but it can certainly help you understand all the ways that people use a word that has so much meaning to so many.

We’d like to thank Emily Brewster for taking the time to talk with us.